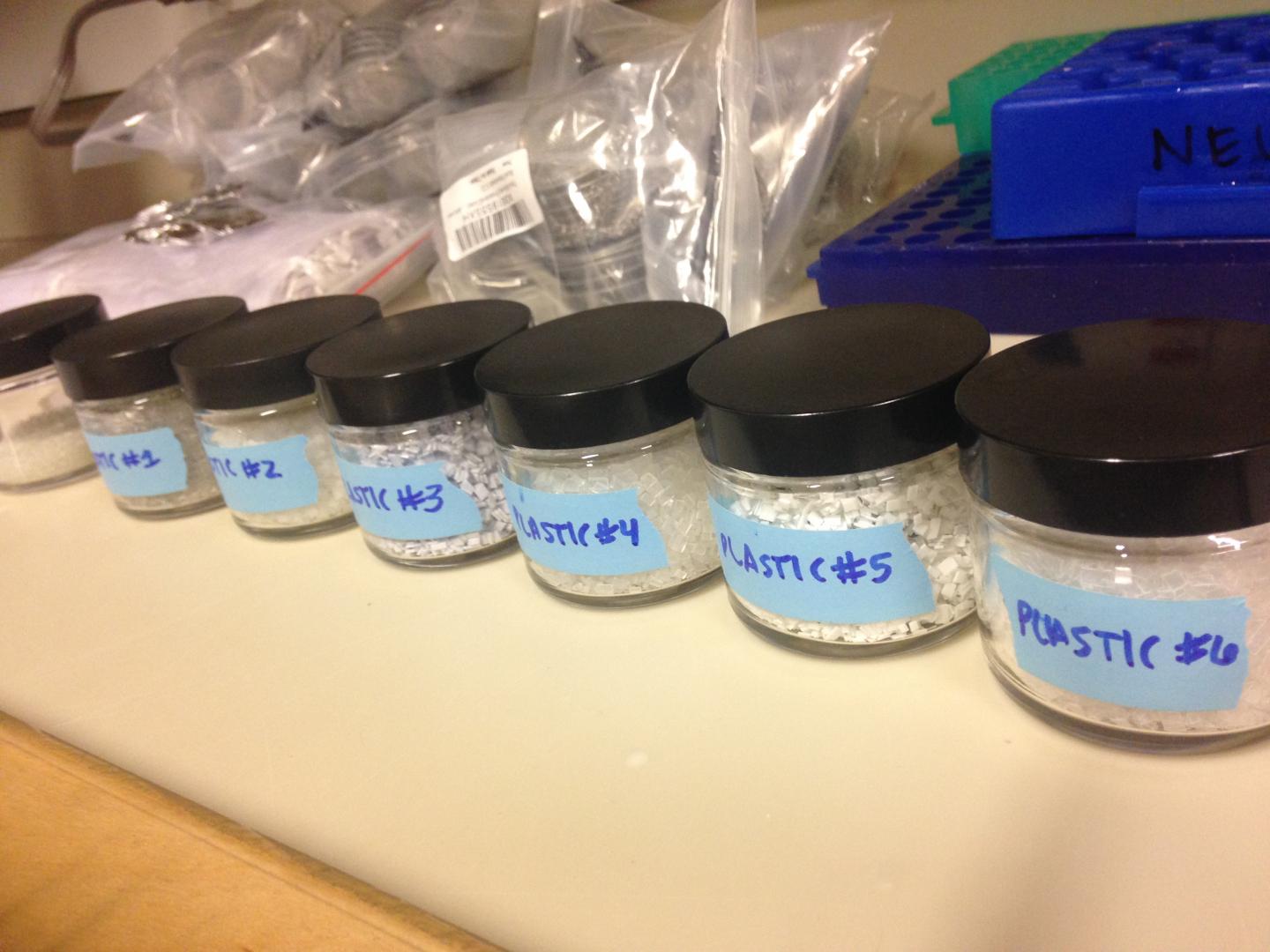 The different plastic types in jars, cut into micro-sized pieces before deployment in the ocean.
Kassandra Dudek

With 5 trillion pieces of plastic in the oceans, the dynamics of marine environments are shifting in ways that are yet to be discovered. Over time discarded plastics, such as sandwich bags and flip-flops, have degraded into small particles, called microplastics, which are less than 5 mm long. Kassandra Dudek, a former Smithsonian Tropical Research Institute (STRI) fellow and doctoral student at Arizona State University, looked at how marine microbial communities colonize microplastics in Panama.

She took the six common plastic types found in most household items, such as water bottles or milk cartons, and cut them into tiny pieces before submerging them in the tropical waters of Almirante Bay, at STRI's Bocas del Toro Research Station. Since Panama acts as a catch basin for marine debris in the Caribbean due to its geography and interaction with oceanic currents, it is a prime location for the study of plastic pollution.

"The major goal of the study was to assess differences among plastic types, and I wanted to ensure these plastics were also environmentally relevant," Dudek said. "Consumer items found in everyday households are the plastics polluting our beaches and oceans. It is estimated that roughly 4.8-12.7 million tons of plastic enter the marine environment annually."

After a month and a half, she noted that marine bacteria were not picky about the surfaces where they chose to settle. They formed biofilms—buildups of bacteria—on all plastic types, using them as artificial reefs and creating 'plastispheres,' a type of ecosystem found on human-made plastic environments. 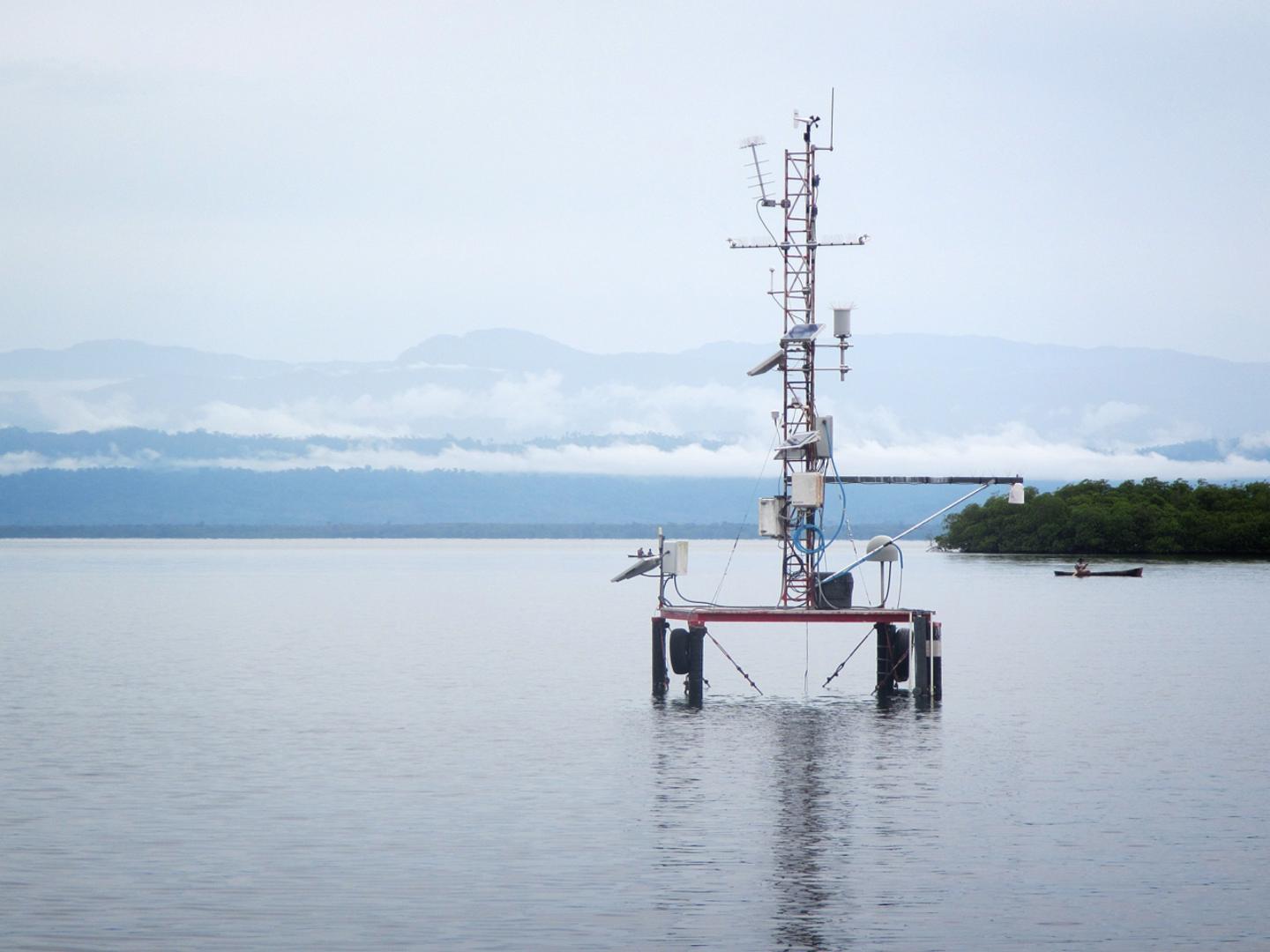 The research platform at the Bocas STRI station, where the microplastics were deployed.
Kassandra Dudek

However, some diatoms, which are photosynthetic microalgae, did exhibit a preference for plastic type. Research has shown that hydrocarbon-degrading bacteria, or bacteria that may be capable of degrading plastics, can be associated with diatoms. This dynamic may ultimately prove convenient, as it could potentially promote the degradation of microplastics.

Dudek speculated that microplastics could also serve as a vehicle for toxic and disease-causing organisms. These contaminated microplastics could potentially be dragged from the coasts to the open oceans via currents, to be swallowed by fish or sink and affect the benthic communities on the ocean floor, but much research remains to be done regarding the role microplastics play in the transportation of pathogens.

"Only about one percent of marine plastic debris is recovered at the ocean's surface, meaning the other 99 percent likely either sinks or is consumed by marine organisms," Dudek said. "I am currently exploring the role microplastic biofilms have in a microplastic's degradation and sinking capacity in different marine environments."