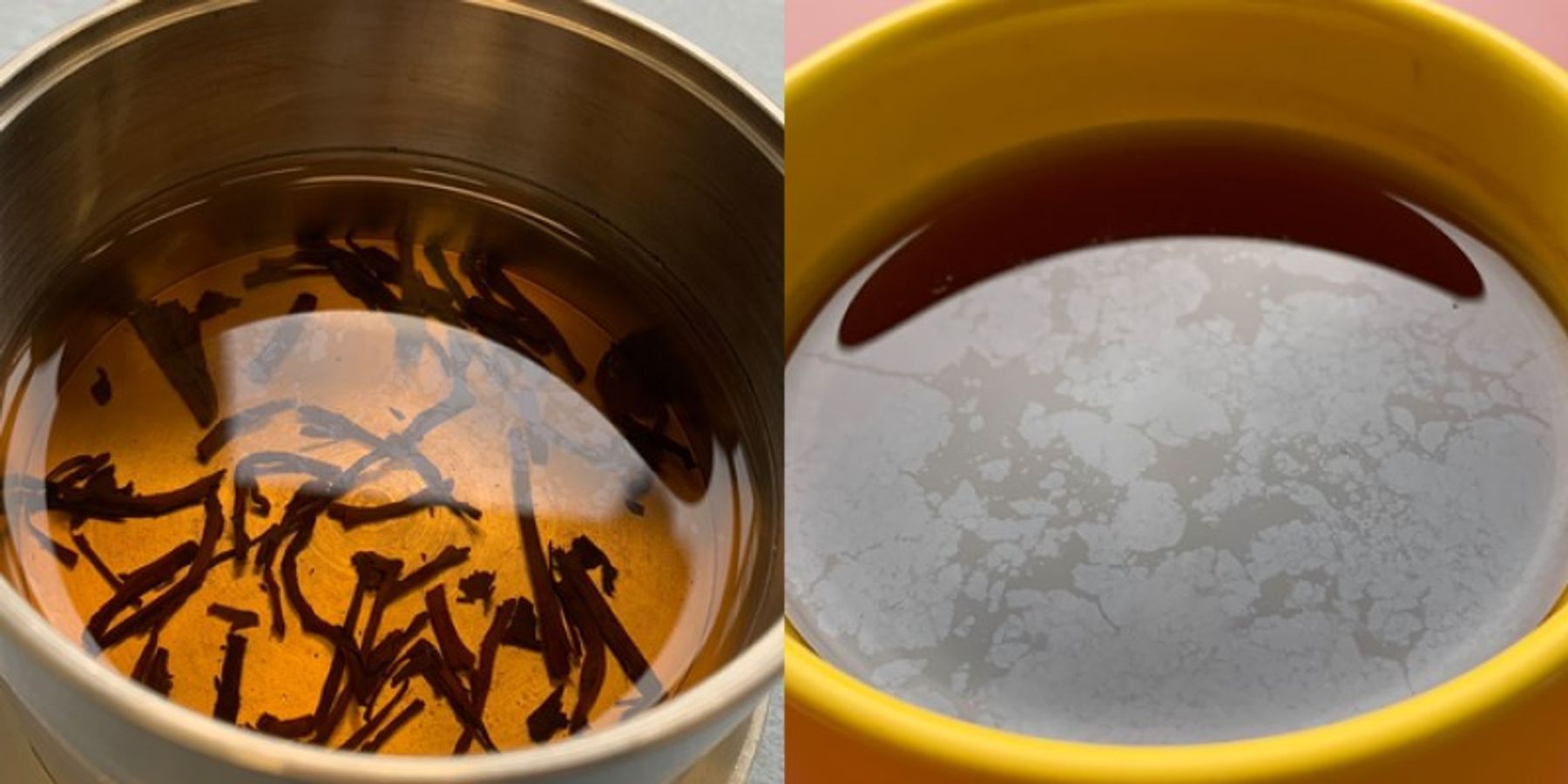 A thin film at the air-water interface is observable in a cup of tea
ETH Zürich, Department of Health Science and Technology, Institute of Food Nutrition and Health, Zürich, Switzerland

WASHINGTON, DC — Getting your day started sometimes feels like it requires magic but making a good cup of tea requires a little science. In Physics of Fluids, by AIP Publishing, researchers from ETH Zurich describe how they applied the science of rheology to the seemingly quaint purpose of improving the quality of a cup of black tea.

Rheology refers to the study of the flow of matter, primarily in a liquid or gas state. The branch of physics has countless practical applications in engineering, geophysics, physiology, biology, pharmaceuticals, and materials science for the manufacture of products from cement to paint to chocolate.

In their study, the researchers describe the interfacial phenomenon in a cup of tea left to cool after steeping. A thin film at the air-water interface can form, sometimes observable by the naked eye, and when disturbed, cracks visibly like sea ice.

Using interfacial rheology, they assess the mechanical properties of the film, the formation of which is affected by water hardness, acidity, sugar or milk, tea concentration, and brewing temperature.

"In interfacial rheology, experiments performed involve a metal device placed at the surface of the tea," said coauthor Caroline Giacomin. "The rotation of that device is carefully controlled, and the resistance to rotation that the film applies is what allows us to determine its strength."

While a number of reasons account for the film formation, residual waxy coating from tea leaves was long thought to be the primary culprit. But research from the 1990s disproved this and subsequently helped scientists determine that calcium carbonate contributes the greatest amount to compounds that react with the tea to form a film.

"Tap water in many regions comes from limestone aquifers, where calcium carbonate, a harmless compound that can make water taste 'crisper,' is found," Giacomin said. "Many homes in the US Midwest have water softeners to reduce this in their water supply to prevent buildup on faucets."

However, she added, "if you were to make a cup of tea in perfectly pure water, it would not form a film at all, but the tea would taste quite bitter."

The researchers found conditions contributing to the formation of the strongest film, namely chemically hardened water, may be industrially useful in packaged tea beverages for prolonged shelf life and for emulsion stabilization of milk tea products. Conversely, conditions forming weakened films may be useful for dried tea mixes.

"The addition of an acidic component, like citrus, in a dried tea blend will reduce the visibility of the film and add flavor," said Giacomin.

- This press release was provided by the American Institute of Physics