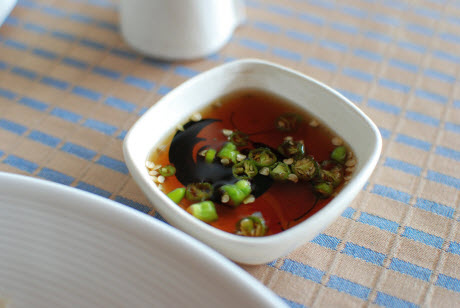 The study found that fish sauce was not only well accepted by Cambodian families, but that it improved blood markers of thiamin status.Photo credit: Takeaway, Wikimedia CommonsResearchers from the South Australian Health and Medical Research Institute (SAHMRI) and the University of Adelaide have found a way to provide mothers and young children in Cambodia with better nutrition through an unlikely source—fish sauce.

Professor Tim Green, principal nutritionist within SAHMRI’s Healthy Mothers, Babies, and Children theme and affiliate professor, Adelaide Medical School, University of Adelaide, and his team were seeking ways to improve the thiamin intake of mothers and children aged between 1-5 years in South-East Asia.

The findings are now published in The Journal of Pediatrics.

The dangers of a thiamin deficiency

Professor Green said that unlike most of the world's populations, thiamin (vitamin B1) deficiency is still common in Cambodia and throughout South-East Asia, putting people at risk of developing a disease called beriberi.

“Beriberi is most serious in babies because babies are born with little thiamin and deficient mothers have low levels of thiamin in their breastmilk,” Green said.

“The onset of beriberi is rapid and symptoms include a hoarse cry, vomiting, and diarrhoea. If the baby is not given thiamin, they can die within 24 hours.”

The principle of fortification

Green said that in Australia, nutrients that could be lacking in the diet are sometimes added to foods that are commonly consumed, for example, iodine is added to salt and folic acid is added to bread flour.

“We borrowed this principle, called fortification, and added thiamin to fish sauce, a condiment that is found in nearly every Cambodian kitchen,” Green said.

A traditional condiment; the perfect vehicle for thiamin fortification

The study found that fish sauce was not only well accepted by Cambodian families, but that it improved blood markers of thiamin status.

Green added: “This research suggests that thiamin-fortified fish sauce has the potential to be a simple, low-cost, and sustainable means of improving dietary thiamin intake and preventing thiamin deficiency in Cambodia.”