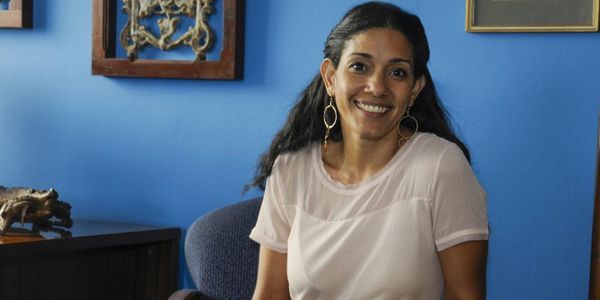 Ana K. Spalding and 23 other women scientists from around the world, advocate for a shift in the value system in science, to emphasize a more equal, diverse, and inclusive academic culture.
Jorge Aleman

When Ana K. Spalding, a research associate at the Smithsonian Tropical Research Institute (STRI) and assistant professor of marine and coastal policy at Oregon State University (OSU) talks about mentorship in academia, she describes it as a meaningful relationship. It goes beyond conversations about research and publications, and into shared experiences. This is just one approach—proposed by Spalding and 23 other women scientists from around the world, in a new article published in PLOS Biology—that calls for a shift in the value system of science to emphasize a more equal, diverse, and inclusive academic culture.

The authors came together after reading a paper in Nature Communications that was later retracted, which claimed that women in science fare better with male rather than female mentors. That paper used data on coauthorship among senior and junior researchers and citations as measures of mentorship and success. Yet these metrics are flawed and biased against marginalized groups. The data show that women receive more manuscript rejections and are less likely to be published in prestigious journals than men, while ethnically diverse scientific teams experience lower acceptance rates and fewer citations than less diverse teams.

Meanwhile, productivity is not always a sign of a supportive working environment, and recent studies show that graduate students are twice as likely to experience mental health challenges, compared to the general population with equivalent education. For women of color in STEMM fields, the trend is even more pronounced. They face both systemic sexism and racism, along with daily microaggressions. The situation is not much better for sexual minorities.

Spalding is Afro-Panamanian, and a minority among tenured faculty at OSU. According to a 2019 article in the Chronicle of Higher Education, less than one percent of tenured professors at OSU look like her. In the state of Oregon, things are not much different, where only about two percent of the population is Black or African American, per the US Census Bureau. So, around OSU, challenges range from lack of representation in predominantly White spaces where her presence or expertise are questioned, to finding places to get her hair done (where hair, as a representation of Blackness is often questioned or seen as unprofessional).

Related Article: Are Women and Minorities Well Represented in STEM?

As a graduate student, she never felt represented. Looking back, Spalding understands how important it would have been to have the kind of support where her identity and culture were considered holistically. In that sense, the PLOS Biology article encourages individuals to explore a variety of mentoring relationships throughout their careers: relationships that may help them achieve their different goals and needs beyond academia. This is one crucial way to promote well-being and foster a sense of belonging for mentees with diverse backgrounds, increasing their retention in science.

"Don't think you have to be a certain way to belong," Spalding said. "Feel confident that you belong, but also look for people who accept you as you are."

Ultimately, the authors call for the scientific community, in particular those in positions of power and privilege, to take strong action towards helping ensure safe and healthy work environments for scientists from diverse backgrounds, while supporting a more inclusive value system in science that embraces the multifaceted nature of scientific impact. With these changes in place, the scientific world will not only have a greater capacity for innovation, which is essential for addressing the pressing challenges of our times, such as pandemics and climate change, but will be a better place from a purely humanistic perspective.

As an example, Katalin Kariko, a Hungarian scientist who immigrated to the United States, struggled to find a permanent position for decades, relying instead on senior scientists to take her in. Now, her groundbreaking research in mRNA has made possible the development of the Pfizer–BioNTech and Moderna vaccines against COVID-19.

"I'm particularly excited about the idea of expanding our definitions of science to be more inclusive of applied and relevant contributions to societal issues such as climate change (which may or may not get into the highest impact journals)," said Spalding. "Furthermore, I am keen on supporting a 'multidimensional mentorship model' that emphasizes mentee well-being in academia."

- This press release was provided by Smithsonian Tropical Research Institute