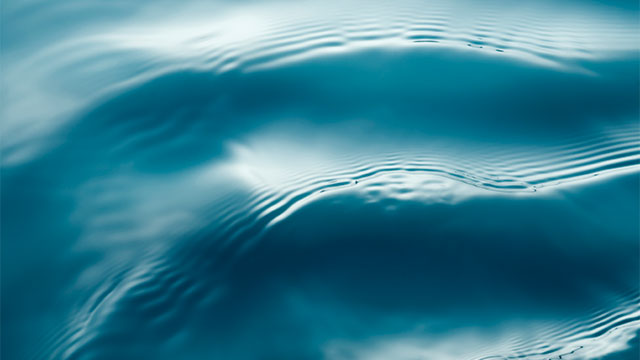 Manufacturers often add or enhance features in successive generations of a product line. Successful models are often cloned to larger or smaller size/capacity, as IKA (Staufen, Germany) recently did with its line of incubator shakers.

“Expanding a product’s range covers many more applications in cell research and biology,” says IKA shaker product manager Oliver Vogelsang. Rocking shakers are used for homogeneous mixing in flasks, culture flasks, Petri dishes, and tubes, particularly for mixing blood samples, solid and liquid suspensions, and cell cultures. “For these applications it is important to have a low and continuous speed for smooth shaking,” Vogelsang adds. “Also, the shakers and their attachments must be easy to clean.”

Electrophoresis gel staining and de-staining have been solid applications of rocking shakers for decades. Users should take care to match labware with rocking speed and pitch, however. Too-vigorous rocking may cause process fluids to spill from low-profile, poorly covered containers such as Petri dishes and kitchenware-like gel or sample holders. While over-rocking rarely hurts gels, it can create a mess on the rocking shaker’s surface and even spill onto the benchtop. In a worst-case scenario, liquid can seep into the motor and ruin the shaker. Placing the motor and other critical inner workings within a liquid-proof enclosure eliminates this occurrence.

Even for well-sealed or stoppered containers, users should consider the potential interaction between fluids and seal materials. Most lab-worthy plastic, glass, and rubber materials of construction are impervious to leaching and extraction by common water-based process fluids, but the addition of organic or caustic materials might affect the leachables/extractables profile.

A good deal of cell and tissue culture still occurs in Petri dishes and other low-profile culture ware. These are typically difficult to control because of the physical limitations of the container. Vogelsang advises users to rock these samples smoothly and continuously, in an incubator whenever possible, to reduce variability to a minimum. “Rocking speed should be constant throughout the entire test period to ensure that results are reproducible,” he explains.

Rocking shakers have been so successful at their core applications that Wave Biotech, an early 2000s manufacturer of single-use bioprocess equipment, adopted the rocking design for cell culture mixing devices. Wave systems used a rocking table, similar to rocking laboratory shakers, to agitate the contents of disposable cell culture bags ranging in size from one liter to several hundred liters. The technology was considered so innovative at the time that major companies looking for an entry into bioprocessing competed to collaborate with Wave. Ultimately the company was acquired by Sartorius-Stedim biotech (another pioneer in single-use bioprocessing). The Wave idea now belongs to GE Healthcare.

Rocking shakers are rarely modified except for specialized, horizontal sample-holding areas. Flat, non-slip rubber is most suitable for low-profile containers like Petri dishes. Mats with protruding fingers hold vials or tubes in place during shaking, preventing them from rolling into one another or off the platform.

While rocking shakers are by no means high-tech products, it’s a good idea to pay attention to such parameters as orbit, stroke length, cycle duration, and duration of rocking, says Nicole Kvasnicka, product marketing manager at Heidolph North America (Elk Grove Village, IL). Quality shakers provide a means of controlling these conditions precisely, not necessarily because overstimulation will ruin experiments, but for sample-to-sample consistency. Medical laboratories have appreciated this for decades, as have compliant labs operating under pharmaceutical Good Manufacturing Practices and Good Laboratory Practices. Research labs, even academic ones, are beginning to understand the value of consistency as well.

Kvasnicka advises against rocking shakers with low centers of gravity, saying, “This way you can turn them up to their highest RPM or cycle values and not have an instrument next to the shaker, or in some instances your entire work area, vibrating.”

Other features to look for are adjustable speed and tilt angles, stacking trays that multiply the usable surface area, quiet operation and vibration-free operation, and support for holding tubes and vials horizontally.

Rocking shakers vary in price from about $500 to $4,000, based on motion characteristics, capacity, and programmability. Purchasers should consider not just price alone but value and reliability. Shakers are not known to break down. Many vendors do not even offer routine maintenance services. But in labs in which the devices operate 24/7, the risk of failure is too great. “Samples are worth much more than shakers,” Kvasnicka says. “If your shaker breaks down, there goes your experiment.”

Lest one think that rocking shakers are solely the domain of biology labs, Ralph “Trip” Boehnke, CEO of Eberbach (Ann Arbor, MI), notes that designers and developers of semiconductor boards employ rocking shakers for chemical etching. From this perspective, he warns customers not to be complacent with regard to a shaker’s suitability. Results don’t necessarily translate from similar applications. Depending on the conditions, gels may not de-stain, ingredients may not mix, or conditions may be averse to etching circuits within a reasonable timeframe.

Eberbach’s focus on custom-built lab shakers is unusual among vendors. “Competing for the $200 devices would be difficult for us,” Boehnke admits.

Instrument customization reflects workflows that evolve or are anticipated to change over time. Examples include a larger-than-normal number of flasks or Petri dishes, the need for one shaker to accommodate two or more cell culture expansions, the ability to run two experiments side by side, or simply the need to do more with less. But this level of adaptability requires thorough communication between customer and vendor.

“We can make rocking shakers that are twice as large as what you typically find, or that can handle twice as much weight, but customers have to be specific about numbers and sizes,” Boehnke explains. “The more information, the better the custom product will turn out.”

For additional resources on shakers, including useful articles and a list of manufacturers, visit www.labmanager.com/shakers