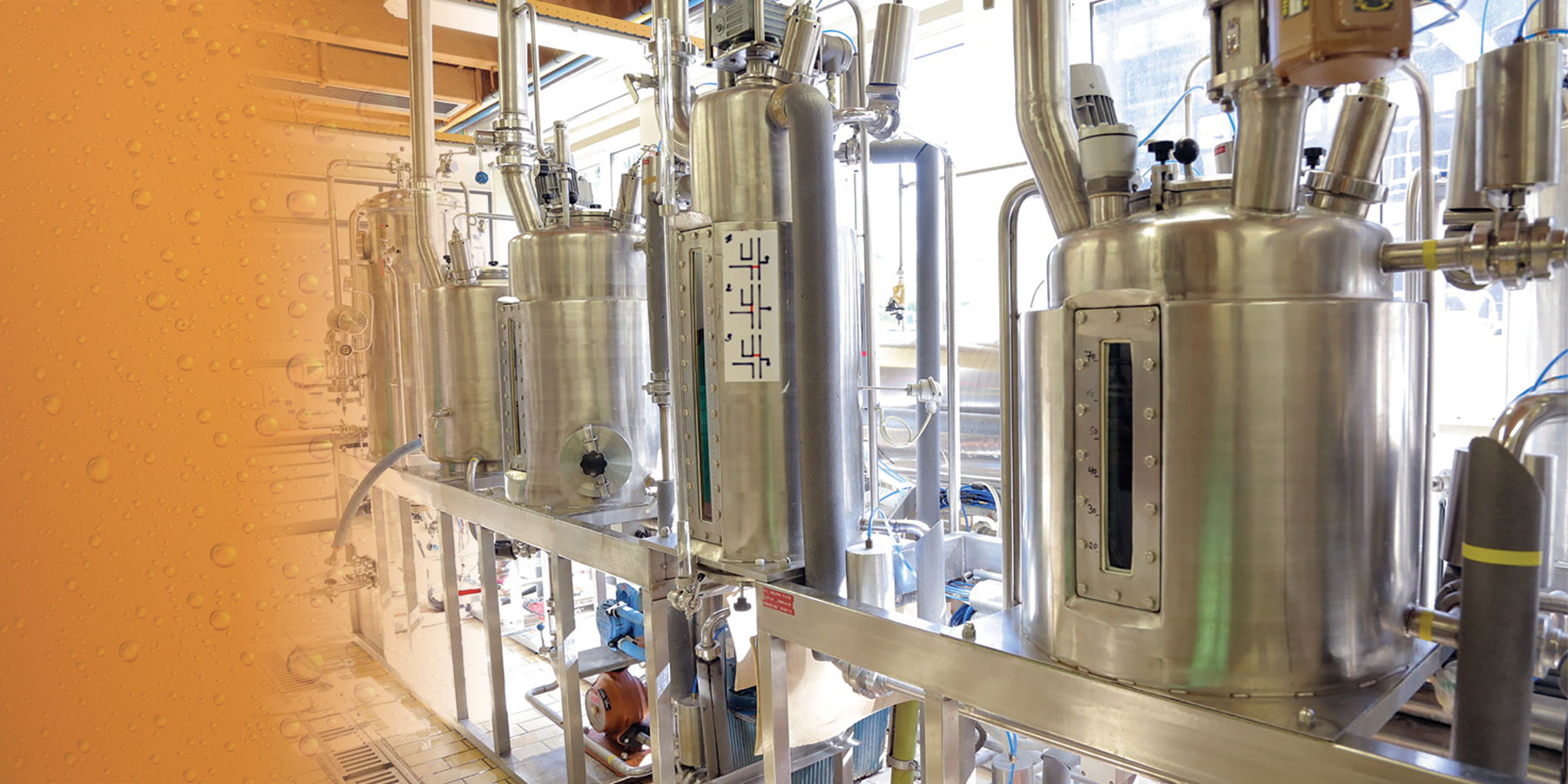 Belgium, a country of more than 11 million people situated in Western Europe, is home to a wide variety of beer styles as well as hundreds of breweries, some of which were developed centuries ago by Trappist monks. Belgian beers are consistently ranked among the best in the world, and its drinkers are so passionate about their brews that they pour their beverages into not just any old pint glass, but tulips, chalices, or other glassware with distinctive shapes designed to optimize their drinking experience. Beer culture is so prevalent in the life of Belgians that it was added to UNESCO's Intangible Cultural Heritage of Humanity list in 2016.

It makes sense, then, that Belgium would be home to an innovative pilot lab designed to help reinvent the modern brewing process. Ghent University and University College Ghent in Ghent, Belgium, have partnered with American technology and engineering company Emerson on an automated pilot brewery within the Laboratory for Brewing and Fermentation Science and Technology, where the two universities collaborate on work related to the Belgian brewing industry. The universities use the brewing process as a model for industrial biochemical processes, for biochemistry studies in their professional bachelors and masters programs. The Innovation Centre for Brewing & Fermentation (IBF) utilizes digital automation technology to offer hands-on training to young engineers and brewing students, to close skill gaps and fully bring the industry into the twenty-first century.

“Belgium is a small country known worldwide as a beer country, with many different beer styles of the highest quality. A lot is happening in the brewing industry, but it is still important for Belgian brewers to stay one step ahead of the rest of the world. Research is needed to achieve this,” says Jessika De Clippeleer, assistant professor in brewing and technology of fermentation processes at Ghent University/ HOGENT. “And this is where the Ghent Innovation Centre for Brewing & Fermentation emerges. Because it is a joint research group of two institutes…we can bridge the gap between fundamental and applied research.” 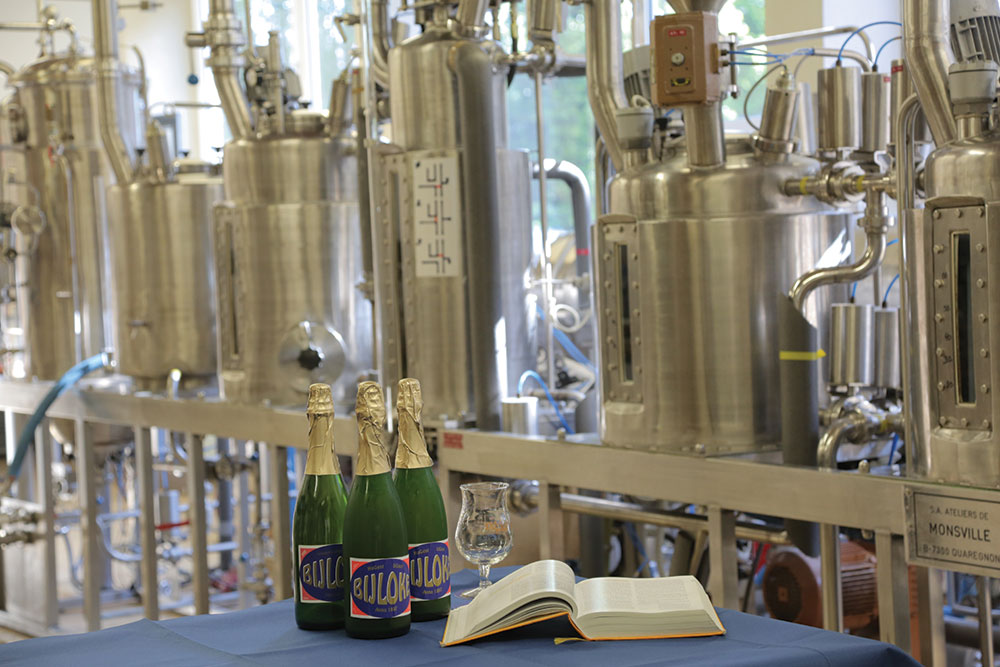 Dana Vanderputten, professor of brewery technology at HOGENT, says that the mission of the IBF—under the supervision of De Clippeleer—is threefold. “First, we train engineers and professional bachelors to become brewing experts. Second, our mission is to do research in the brewing domain to help the brewing industry innovate and move forward. Finally, we provide industrial services for breweries,” says Vanderputten. “To provide new real-time insights into the brewing process, it is obvious that specific brewing equipment is needed. On the one hand, we need the brewing technology with the automation technology and sensors on a pilot scale to make the beer. On the other hand, this concerns lab equipment for quality analysis of the raw materials, intermediates, and the final beer.”

Related Article: The Challenges of Analyzing Flavors in Foods

The upgraded pilot brewery has been designed to recruit and train students, academics, and engineering professionals how to use next-generation automation technologies in the brewing process. Emerson worked with the lab to develop a Plantweb™ digital ecosystem portfolio of industrial internet of things (IIoT) technologies used in brewing automation, including a DeltaV distributed control system; Micro Motion Coriolis flow meters; Rosemount wireless measurement technology; final control valves; and analytics software for calculating conductivity, pH, and turbidity. The pilot brewery also features a remote diagnostics system that allows technicians to monitor the system from Emerson’s Belgium office in Diegem, about 43 miles (70 kilometers) away. “This lab will be unique in its kind, since all kinds of recipes can be created and invented and tried out. Other labs normally stick to standard recipes, which can be tuned a bit and that’s it,” says Herwin Standaert, Rosemount business unit manager/ marketing communications manager at Emerson. “DeltaV allows a complete freedom of recipe creation.” 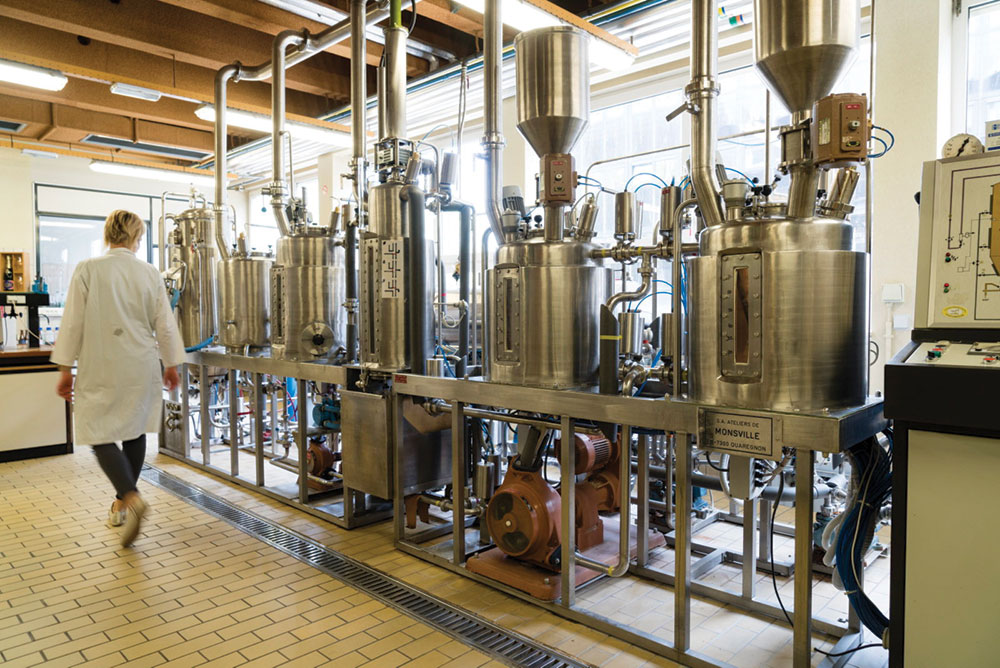 Collaboration between brewing industry professionals and students is crucial to the success of the IBF lab. “Our research is often supported by the professional field. Fortunately, Belgian brewers have an open culture that allows us to learn from each other,” says De Clippeleer, adding, “It is important to have a good network to feel what is going on in the brewing industry in order to develop research ideas. In collaboration with our alumni association Fermentatio (established in 1894!), IBF organizes a symposium on malting and brewing on the Schoonmeersen campus in Ghent every year, which attracts more than 300 Belgian and European maltsters, brewers, and suppliers. This study day is known for its applied lectures and the ample opportunity to network. Also, the students are involved as much as possible in research and other activities with the brewing industry so that they get a good idea of their future work domain during their training.”

Beer drinkers might not consider the science behind what they sip, but the IBF lab conducts meticulous experimentation into what makes the perfect pint. “Our current research focuses on the potential of raw ancient grains and pseudocereals for greater diversity in beer production and enhanced beer flavor stability. The overall aim of this project is to investigate how brewers can use alternative unmalted (pseudo)cereals in their brewing process and what they can expect in terms of overall quality, flavor, and flavor stability of these innovative beers,” says Vanderputten. “The alternative grains are the ancient emmer and einkorn wheat, spelt, and khorasan; the pseudocereals [are] amaranth, quinoa, sorghum, and buckwheat, and other grains such as tritordeum and teff.”

The lab is also studying ways to develop brews using more sustainable methods. “In another broader research project, we are making new beers from leftover bread in order to help to reduce food waste. Bread loss can be converted into high-quality products for human consumption, but this process has a number of difficulties—traceability, labeling, allergens, economic feasibility, food safety, logistics, and sustainability. In our laboratory, we test which operations on 'lost' bread (drying, freezing, shredding) are useful for application in the brewing process to produce a high-quality beer. These results will be translated into industrial practice,” says Vanderputten. “Each sub-study is accompanied by an economic, logistical, and sustainability analysis.” She adds that, in addition to the classical brewing process, the lab’s research “also focuses on the innovative fermentation processes in the production of alcohol-free and low-alcohol beer and other fermented beverages such as kombucha.” 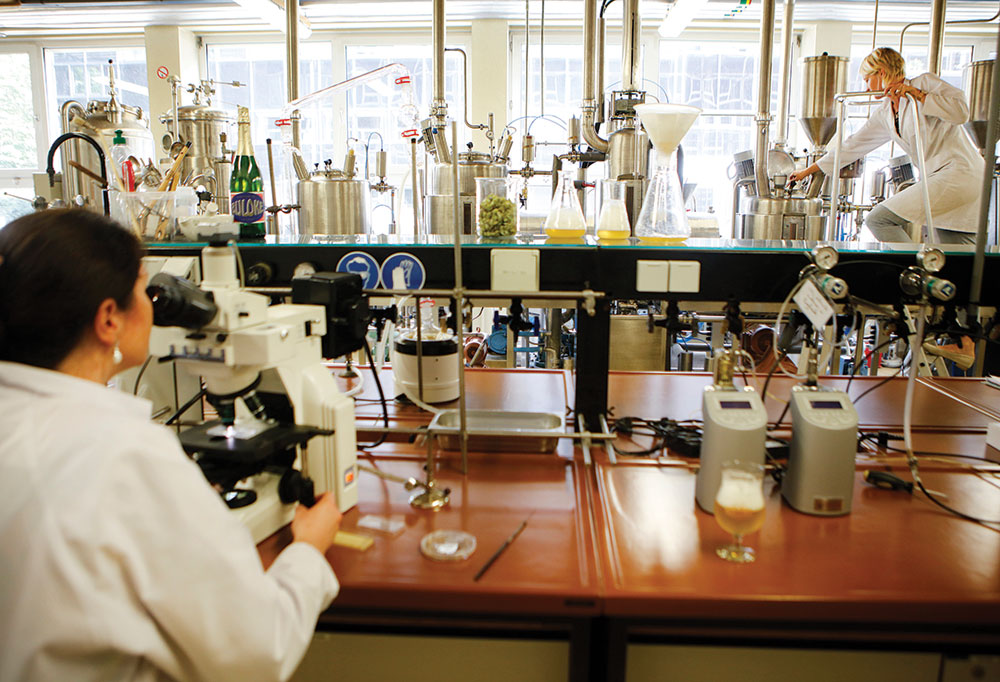 In the Laboratory for Brewing and Fermentation Science and Technology of UGent/HOGENT students can conduct tests in the pilot brewery (60L) utilizing different instruments for the typical brewing analyses.
©Layla Aerts

Working and studying in a brewing lab might sound like a dream come true to craft beer enthusiasts, but it’s not a carefree day at the pub. Time management, says Vanderputten, is one of the biggest challenges facing those who work in the IBF. “Usually, projects are written in such a way that as much information as possible is collected in the shortest possible time. However, a researcher is often confronted with unforeseen circumstances; for example, the busy occupation of lab equipment or the supervision of students that takes more time,” she says. “Researchers also need to be flexible because they sometimes must make choices that deviate from the original proposal. Fortunately, we are often supported by a project team to whom the results are presented and discussed to refine the next step in the research.”

The work is hard, but it’s worth it, says Vanderputten.

“Every day is a different day. The combination of research, industrial services, and education ensures that we constantly immerse ourselves in the fascinating brewing process. Sometimes we are faced with problems to which we do not immediately know an answer. But by investigating this topic thoroughly, we often become wiser.” She adds that one of the most rewarding parts of the job is seeing how it prepares her students for life after graduation. “As brewing technology is a specialization course, the students are highly motivated, as the link between theory and practice is very strong. This also makes it pleasant to work with these students,” she says. “When you later see that our graduates find a nice job in the brewing industry, it gives a satisfying feeling!”