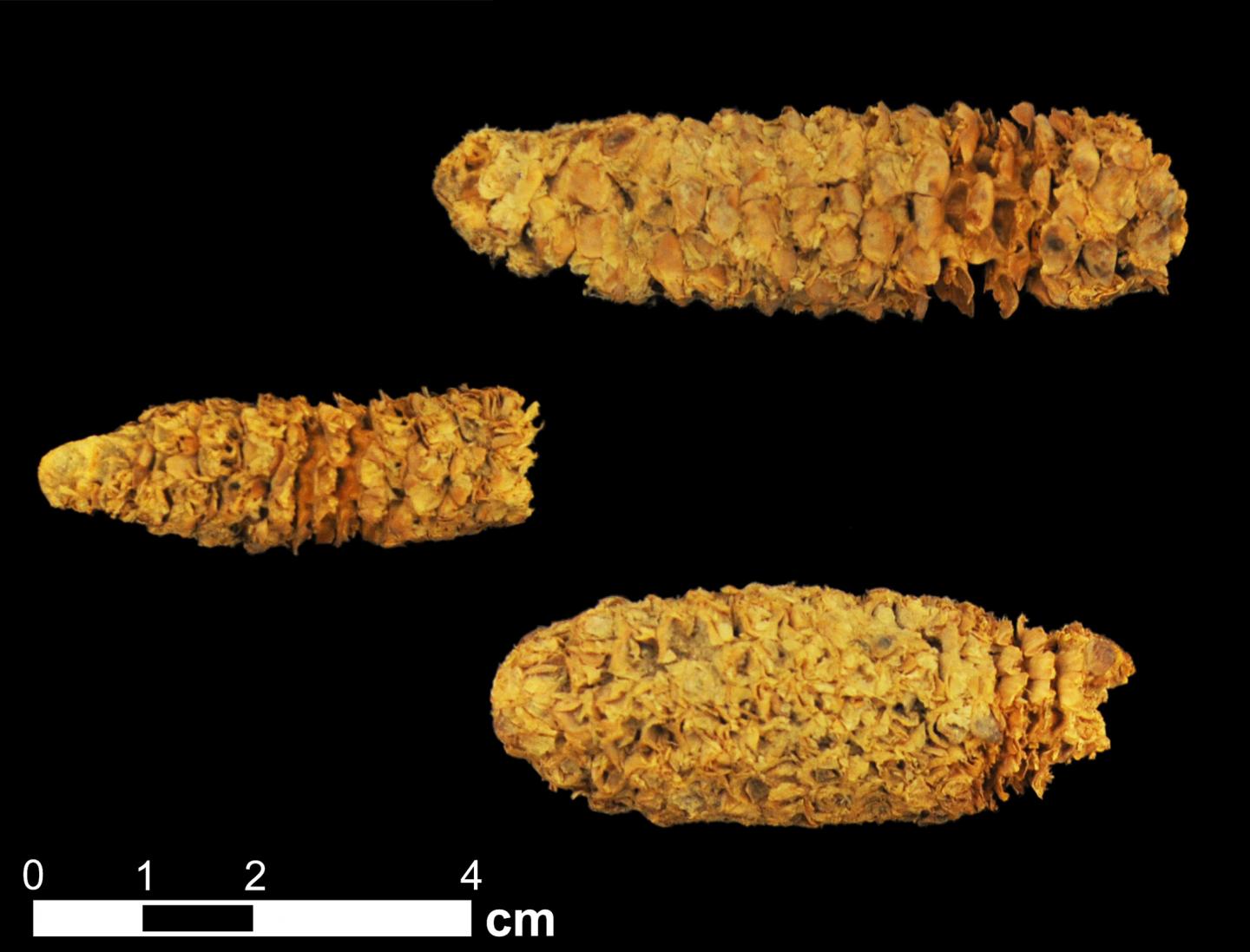 Some 9,000 years ago, corn as it is known today did not exist. Ancient peoples in southwestern Mexico encountered a wild grass called teosinte that offered ears smaller than a pinky finger with just a handful of stony kernels. But by stroke of genius or necessity, these Indigenous cultivators saw potential in the grain, adding it to their diets and putting it on a path to become a domesticated crop that now feeds billions.

Despite how vital corn, or maize, is to modern life, holes remain in the understanding of its journey through space and time. Now, a team co-led by Smithsonian researchers have used ancient DNA to fill in a few of those gaps.

A new study, which reveals details of corn's 9,000-year history, is a prime example of the ways that basic research into ancient DNA can yield insights into human history that would otherwise be inaccessible, said co-lead author Logan Kistler, curator of archaeogenomics and archaeobotany at the Smithsonian's National Museum of Natural History.

"Domestication—the evolution of wild plants over thousands of years into the crops that feed us today—is arguably the most significant process in human history, and maize is one of the most important crops currently grown on the planet," Kistler said. "Understanding more about the evolutionary and cultural context of domestication can give us valuable information about this food we rely on so completely and its role in shaping civilization as we know it."

In the Dec. 14 issue of the journal the Proceedings of the National Academy of Sciences, Kistler and an international team of collaborators report the fully sequenced genomes of three roughly 2,000-year-old cobs from the El Gigante rock shelter in Honduras. Analysis of the three genomes reveals that these millennia-old varieties of Central American corn had South American ancestry and adds a new chapter in an emerging complex story of corn's domestication history.

"We show that humans were carrying maize from South America back towards the domestication center in Mexico," Kistler said. "This would have provided an infusion of genetic diversity that may have added resilience or increased productivity. It also underscores that the process of domestication and crop improvement doesn't just travel in a straight line."

Humans first started selectively breeding corn's wild ancestor teosinte around 9,000 years ago in Mexico, but partially domesticated varieties of the crop did not reach the rest of Central and South America for another 1,500 and 2,000 years, respectively.

For many years, conventional thinking among scholars had been that corn was first fully domesticated in Mexico and then spread elsewhere. However, after 5,000-year-old cobs found in Mexico turned out to only be partially domesticated, scholars began to reconsider whether this thinking captured the full story of corn's domestication.

The complex story of corn's domestication 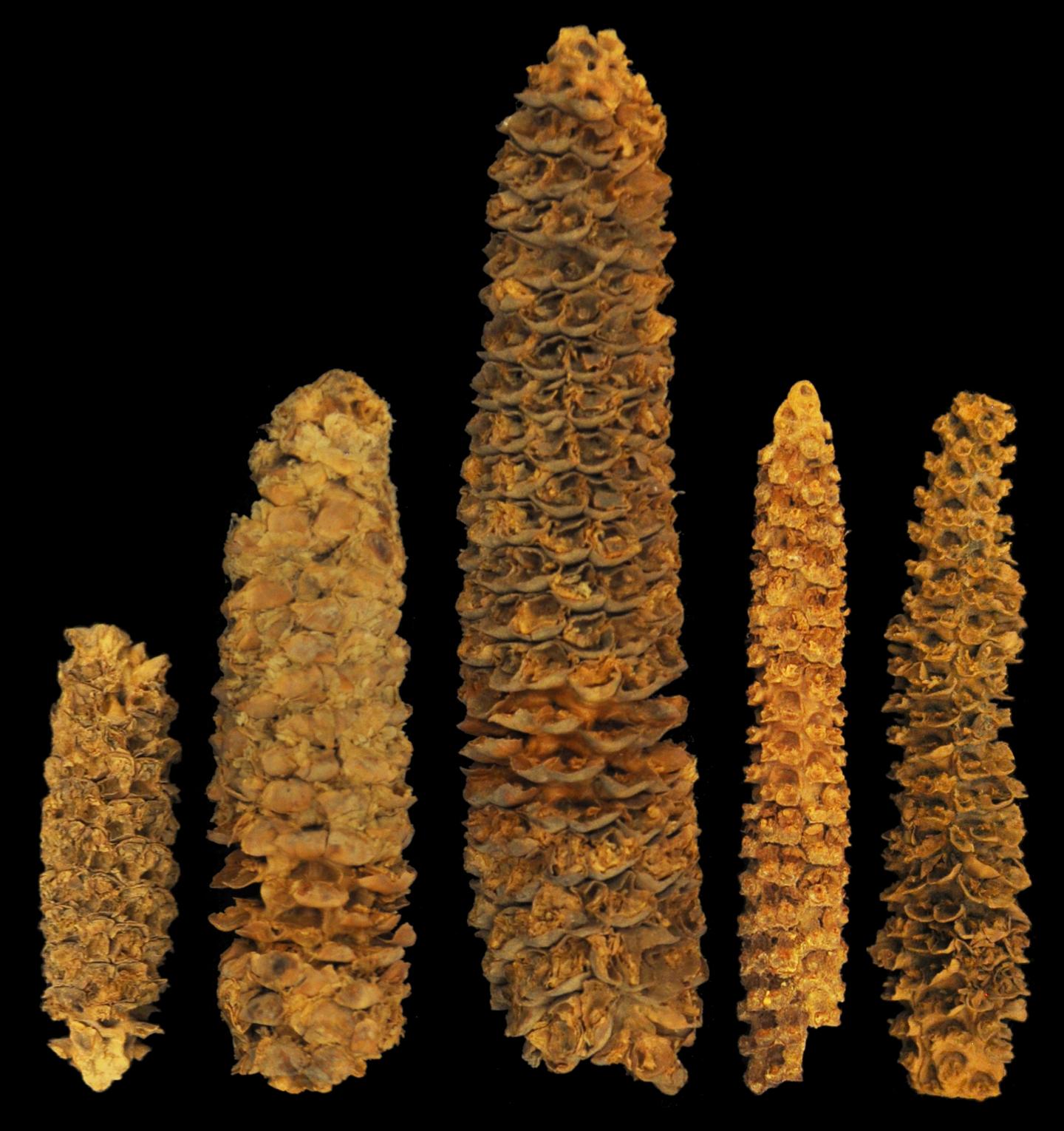 An assortment of corn cobs of varying ages found at the El Gigante rock shelter site in Honduras. After scientists first discovered the remnants of a fully domesticated and highly productive variety of 4,300-year-old corn at the El Gigante rock shelter, a team searched the archaeological strata surrounding the site for other cobs, kernels or anything else that might yield genetic material
Thomas Harper

Then, in a landmark 2018 study led by Kistler, scientists used ancient DNA to show that while teosinte's first steps toward domestication occurred in Mexico, the process had not yet been completed when people first began carrying it south to Central and South America. In each of these three regions, the process of domestication and crop improvement moved in parallel but at different speeds.

In an earlier effort to hone in on the details of this richer and more complex domestication story, a team of scientists including Kistler found that 4,300-year-old corn remnants from the Central American El Gigante rock shelter site had come from a fully domesticated and highly productive variety.

"El Gigante rock shelter is remarkable because it contains well-preserved plant remains spanning the last 11,000 years," Kennett said. "Over 10,000 maize remains, from whole cobs to fragmentary stalks and leaves, have been identified. Many of these remains date late in time, but through an extensive radiocarbon study, we were able to identify some remains dating to as early as 4,300 years ago."

They searched the archaeological strata surrounding the El Gigante rock shelter for cobs, kernels or anything else that might yield genetic material, and the team started working toward sequencing some of the site's 4,300-year-old corn samples—the oldest traces of the crop at El Gigante.

Over two years, the team attempted to sequence 30 samples, but only three were of suitable quality to sequence a full genome. The three viable samples all came from the more recent layer of the rock shelter's occupation—carbon dated between 2,300 and 1,900 years ago.

With the three sequenced genomes of corn from El Gigante, the researchers analyzed them against a panel of 121 published genomes of various corn varieties, including 12 derived from ancient corn cobs and seeds. The comparison revealed snippets of genetic overlap between the three samples from the Honduran rock shelter and corn varieties from South America. 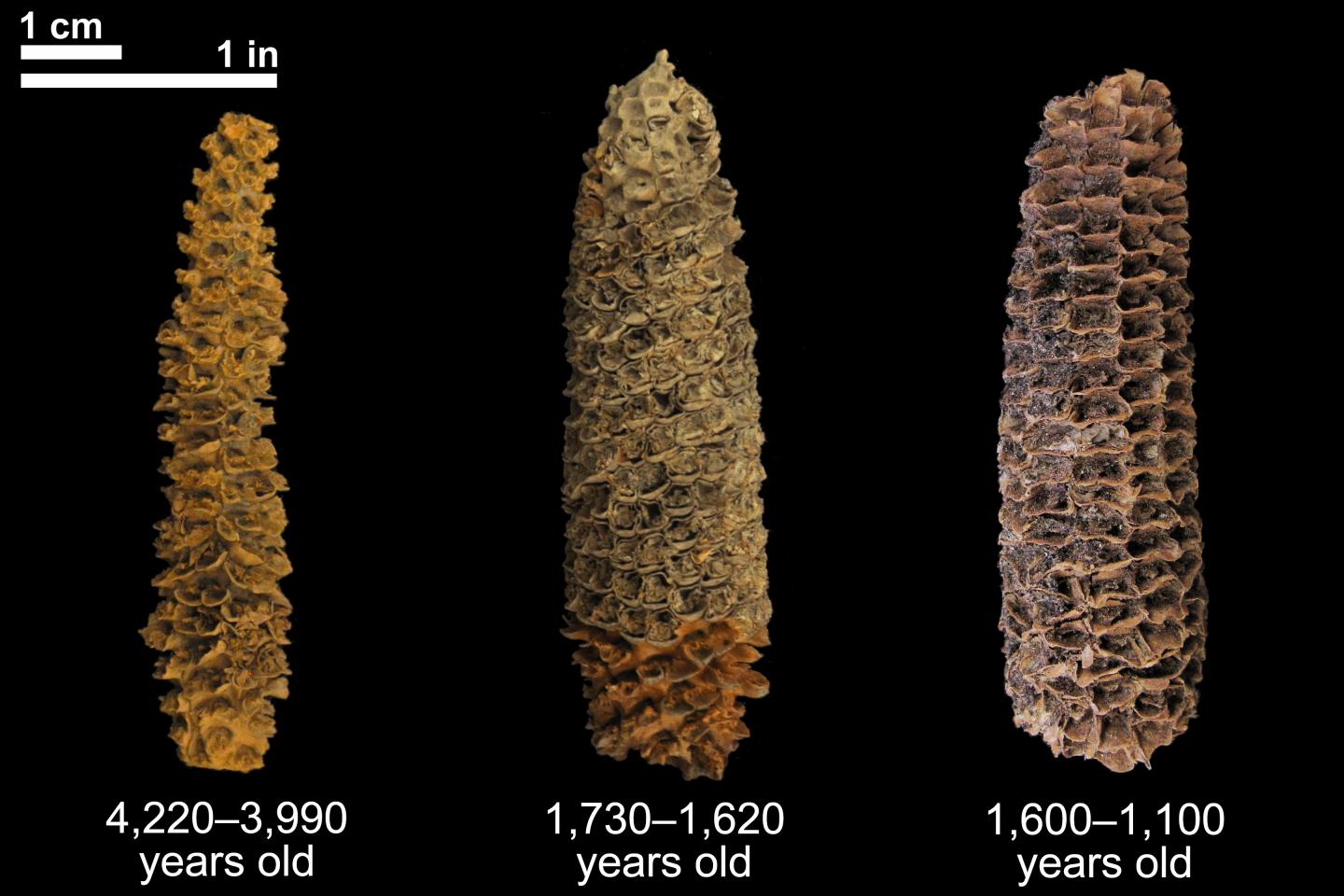 An assortment of corn cobs of varying ages found at the El Gigante rock shelter site in Honduras.
Thomas Harper

"The genetic link to South America was subtle but consistent," Kistler said. "We repeated the analysis many times using different methods and sample compositions but kept getting the same result."

Kistler, Kennett and their co-authors at collaborating institutions, including Texas A&M University, Pennsylvania State University, as well as the Francis Crick Institute and the University of Warwick in the United Kingdom, hypothesize that the reintroduction of these South American varieties to Central America may have jump-started the development of more productive hybrid varieties in the region.

Though the results only cover the El Gigante corn samples dated to around 2,000 years ago, Kistler said the shape and structure of the cobs from the roughly 4,000-year-old layer suggests they were nearly as productive as those he and his co-authors were able to sequence. To Kistler, this means the blockbuster crop improvement likely occurred before rather than during the intervening 2,000 years or so separating these archaeological layers at El Gigante. The team further hypothesizes that it was the introduction of the South American varieties of corn and their genes, likely at least 4,300 years ago, which may have increased the productivity of the region's corn and the prevalence of corn in the diet of the people who lived in the broader region, as discovered in a recent study led by Kennett.

"We are starting to see a confluence of data from multiple studies in Central America indicating that maize was becoming a more productive staple crop of increasing dietary importance between 4,700 and 4,000 years ago," Kennett said.

Taken together with Kennett's recent study, these latest findings suggest that something momentous may have occurred in the domestication of corn about 4,000 years ago in Central America, and that an injection of genetic diversity from South America may have had something to do with it. This proposed timing also lines up with the appearance of the first settled agricultural communities in Mesoamerica that ultimately gave rise to great civilizations in the Americas, the Olmec, Maya, Teotihuacan, and the Aztec, though Kistler hastened to point out this idea is still relegated to speculation.

"We can't wait to dig into the details of what exactly happened around the 4,000-year mark," Kistler said. "There are so many archaeological samples of maize which haven't been analyzed genetically. If we started testing more of these samples, we could start to answer these lingering questions about how important this reintroduction of South American varieties was."

- This press release was originally published on the Smithsonian website. It has been edited for style