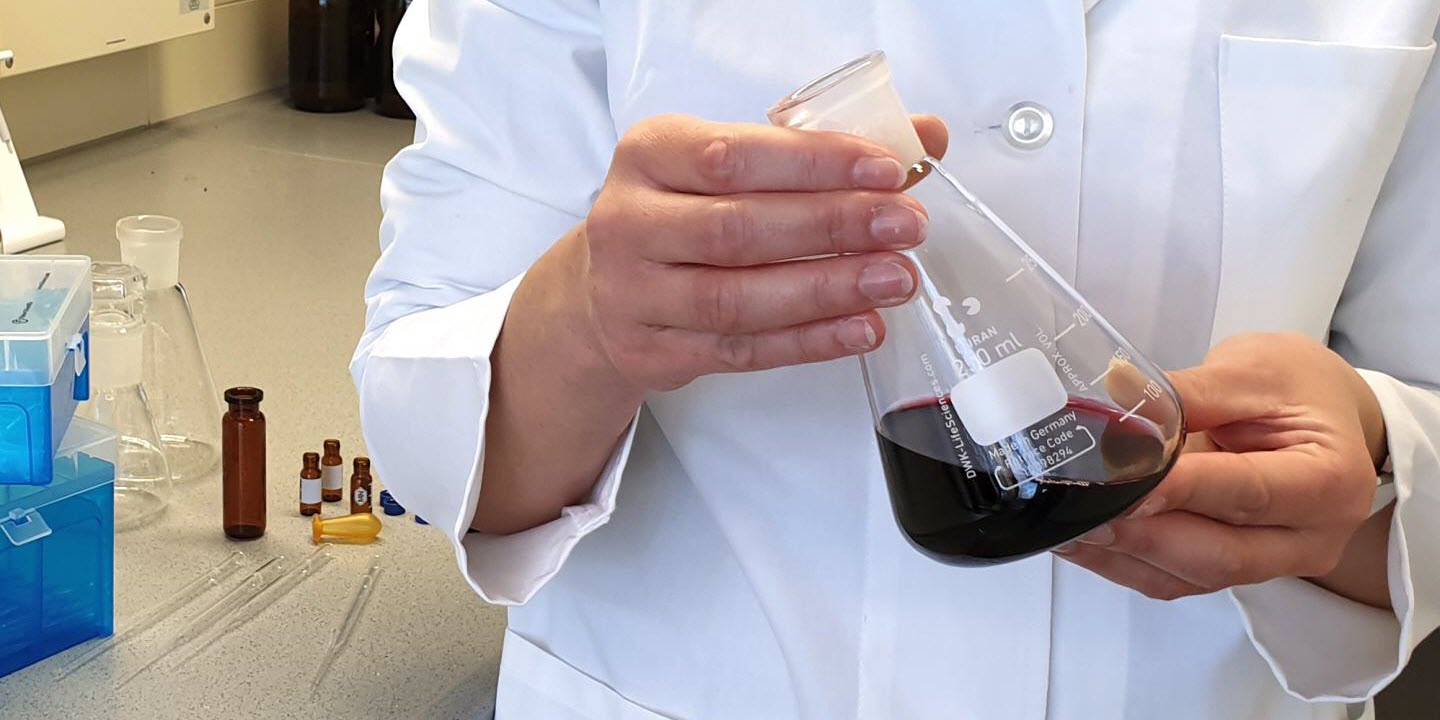 The starting point for the investigations was a pure cherry juice made from sour cherries in the laboratory.
Gisela Olias / Leibniz-LSB

In 2013, the German Stiftung Warentest found harmful benzene in drinks with cherry flavor. But how did the substance get into the drinks? Was the source benzaldehyde, an essential component of the cherry flavoring? And if so, how could the problem be solved? A new study by the Leibniz-Institute for Food Systems Biology and the Technical University of Munich (TUM) is now able to answer these questions.

According to the German Federal Institute for Risk Assessment (Bundesinstitut für Risikobewertung, BfR), benzene is mainly absorbed by our bodies via the air we breathe. Non-smokers take in an average of 200 micrograms of benzene per day. Smokers take in around ten times as much. But our food can also contain traces of this harmful substance and thus contribute to the exposure.

When the Stiftung Warentest examined soft drinks in 2013, they came across small quantities of benzene. One drink contained just under 4.6 micrograms of benzene per liter. For comparison: In Germany, one liter of drinking water is allowed to contain only one microgram of the substance. At that time, experts at the Stiftung Warentest supposed that the odorant benzaldehyde was the cause of the benzene contaminations observed.

"As our research is specialized on odorants, we followed up on this supposition in the interest of consumer protection and at the suggestion of the German Association of the Flavor Industry (Deutscher Verband der Aromenindustrie, DVAI)," says lead author Stephanie Frank from the Leibniz-Institute for Food Systems Biology at the Technical University of Munich.

To do this, the team of scientists first established a reliable, highly sensitive quantitation method of benzene. Then, they carried out experiments with various model solutions which contained benzene-free benzaldehyde. The team also examined cherry juice produced under laboratory conditions, to which they also added the pure odorant.

Light is the crucial factor

"Our findings confirm the assumption of the Stiftung Warentest and also explain how the formation of benzene occurs. An important requirement in solving the problem in the long term," reports food chemist Frank.

As the study proves, the longer the odorant is exposed to light, the more benzaldehyde is converted into benzene. But the light intensity is also decisive. In contrast, the pH value, the oxygen content, the presence of metal ions or the temperature did not affect the benzene production in the model solutions.

To the surprise of the researchers, no benzene was formed in the cherry juice produced under laboratory conditions during light exposure. Frank reasons that it is possible that the dark red color of the drink acts as a light protection filter and prevents the formation of benzene. The benzene found in a few soft drinks sold commercially is probably the result of added cherry flavoring which has already been contaminated with benzene.

"This is why we must be sure to protect flavorings containing benzaldehyde from light, from when the substance is produced to when the product is sold, for example, by storing them in amber glass vials," recommends Peter Schieberle, professor for food chemistry at the Technical University of Munich.