Oct 08, 2020|3 min readKing Abdullah University of Science & Technology
KAUST plant scientists are investigating ways of growing crops that could be cultivated in a sustainable way in arid environments.
© 2020 KAUST

An African millet crop could be improved for growth in the dry, arid lands of Saudi Arabia by using information about its genome. Fonio is already well-adapted to this environment but has not had as much domestication as the major cereal crops, such as wheat, rice, and maize. Gene targeting could lead to higher yields and larger grains.

"The Arabian Peninsula is home to 80 million people and needs to import 90 percent of its food," says King Abdullah University of Science & Technology (KAUST) plant scientist, Simon Krattinger, who led the study. "The major cereal crops that provide 50 percent of our daily calories cannot be grown sustainably in this region due to a lack of fresh water, poor soils, and high temperatures."

"Fonio is an amazing, nutritious plant that thrives in dry and hot regions with poor soils. Our long-term goal is to improve fonio millet while maintaining its extraordinary properties," explains Krattinger. 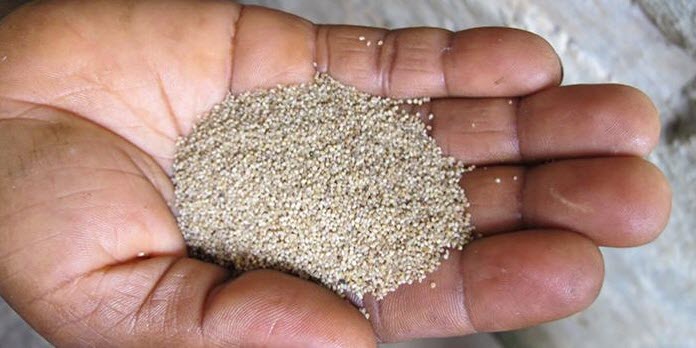 KAUST researchers, with an international team of scientists, analyzed the genomes of domesticated and wild fonio millet plants from across Africa and then compared them with the genomes of other major cereal crops.

The analyses found two genes that had undergone selection in fonio. One of these two genes, called DeGs5-3A, is very similar to a rice gene that regulates grain width and weight. It showed a complete loss of diversity in domesticated fonio, suggesting that plants with this active gene had been artificially selected for their larger grains.

The other gene, called DeSh1-9A, was found to be mutated in some fonio domesticated varieties, and is similar to another mutation in domesticated African rice. The mutation reduces seed loss through a process called shattering: this is beneficial for wild varieties because it ensures seed dispersal and natural planting in the environment but reduces yield in cultivated crops. 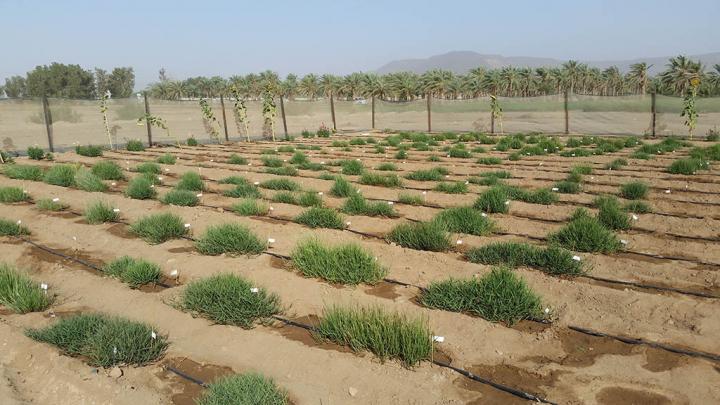 The researchers have performed field trials to test the success of their gene-targeting methods.
© 2020 Adeline Barnaud

Other gene variants that have been selected for in major cereal crops were also found to show a wild-plant-like nucleotide sequence in fonio. "Modifying these genes, for example with genome editing, could significantly improve fonio by producing larger seeds with no seed shattering," says KAUST postdoc Michael Abrouk. "Our next aim is to produce a fonio cultivar that has all the properties of a modern cereal but that retains drought tolerance, fast maturation and the ability to grow in sandy soils."

The researchers also identified factors that have impacted fonio's genetic diversity across Africa. "Adaptations to climate were not a big surprise," says PhD student Hanin Ahmed. "A fonio cultivar grown in the Sahel zone of Mali requires different properties from a cultivar grown in the subtropical regions of southern Togo." Surprising, however, was the link identified between fonio's genetic patterns and ethnolinguistic groupings in Africa. For example, there were striking genetic differences between fonio cultivars collected from northern and southern Togo. Although partially related to climate, this diversity is also probably caused by cultural differences that have limited seed sharing between farmers of the two regions.

"Fonio is a semidomesticated crop that shows some adaptation to agricultural practices," says Krattinger. "Improvements to fonio could lead to a new cereal that can be widely and sustainably grown in dry and hot environments."