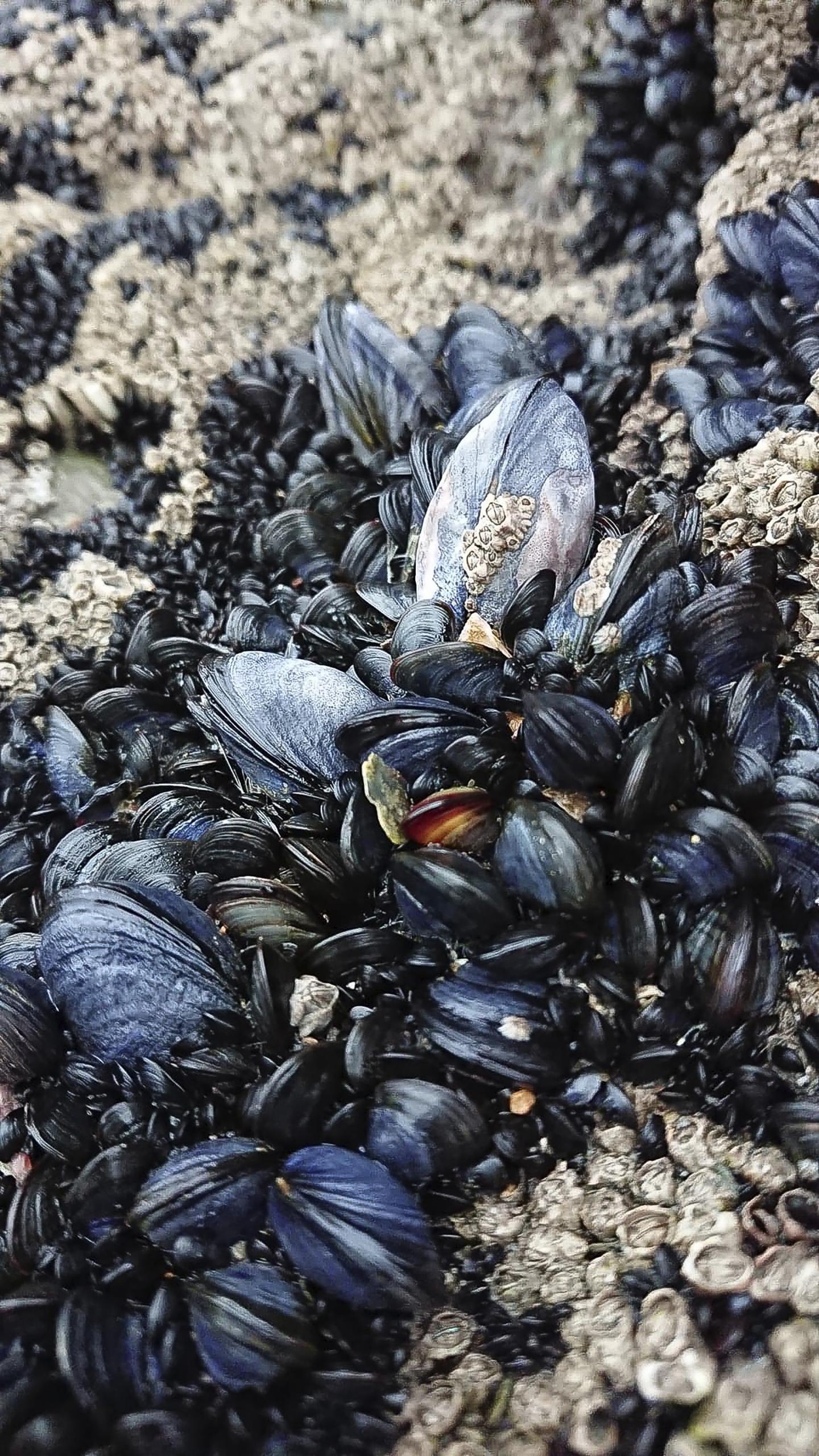 Mussels clumped together on rocks at Whitsand Bay in Cornwall, England.
University of Plymouth

Commercially important seafood species are at greater risk of microplastic contamination depending how they clump together in the marine environment, new research suggests.

In the first study of its kind, scientists from the University of Plymouth used a series of experiments to assess whether the reefs formed by blue mussel (Mytilus edulis) affected their exposure and consumption of tiny microplastic particles.

They found that when mussels were clumped together forming reefs, as they do in nature, the reef structure slowed the sea water flowing over them, increased turbulence, and resulted in a three-fold rise in the amount of ingested plastic.

Writing in Environmental Research Letters, researchers say the study suggests that the arrangement and surface roughness (complexity) of natural reef structures—such as that constructed by mussel populations—create conditions that make them natural sinks for plastics and other forms of human pollution.

They also believe species like the blue mussel, which are important for human consumption but susceptible to microplastic pollution, may be useful indicators of the problem and its potentially harmful biological impacts.

The research was led by recent graduate marine biology and oceanography graduate Hyee Shynn Lim from the University's Marine Biology and Ecology Research Centre and School of Biological and Marine Sciences.

"Species such as the blue mussel are both commercially valuable as seafood but also environmentally important," said Dr. Antony Knights, associate professor in marine ecology and senior author on the study. "They form natural reefs within marine and coastal settings which enhance biodiversity to such a degree that they are commonly protected under conservation actions. If they are particularly susceptible to microplastic pollution, there are many potential knock-on effects that we need to be aware of.

Often we look to protect reef-forming species based on who they are. However, we are not aware of any research that has shown that the physical structure of reef itself—which we have shown can help these filter-feeding organisms to be more effective feeders—might also inadvertently increase their exposure to pollutants like microplastic. With no means of addressing this issue, due to our increasing awareness of the quantity of microplastic in the marine environment, this study offers the first evidence that forming a reef is a double-edged sword for individuals."

For the research, mussels were placed in controlled aggregations in a water flume and exposed to different wave speeds. Quantities of microplastics added to the water, ordinarily used to characterize the physical properties of the fluid itself (including the density of plastic in and around the reef structure), allowed the team to also assess particle ingestion risk under different environmental scenarios.

The study is the latest innovative project from the university examining the causes and impacts of microplastics within the marine environment.

It is work which, earlier in 2020, saw the university presented with the Queen's Anniversary Prize for Higher and Further Education for its pioneering research into microplastics pollution and its policy impact in the UK and globally.