A researcher from Skolkovo Institute of Science and Technology (Skoltech) and his German colleagues have developed a neural network-based classification algorithm that can use data from an apple orchard to predict how well apples will fare in long-term storage. The paper was published in Computers and Electronics in Agriculture.

Before the fruit and vegetables we all like end up on our tables, they have to be stored for quite some time, and during this time they can develop physiological disorders such as flesh browning or superficial scald (brown or black patches on the skin of the fruit). These disorders contribute to the loss of a substantial amount of product, and a lot of research effort is dedicated to the development of robust methods of disorder prediction— a notoriously difficult task due to the multitude of factors involved, both at the orchard and in the storage facility. 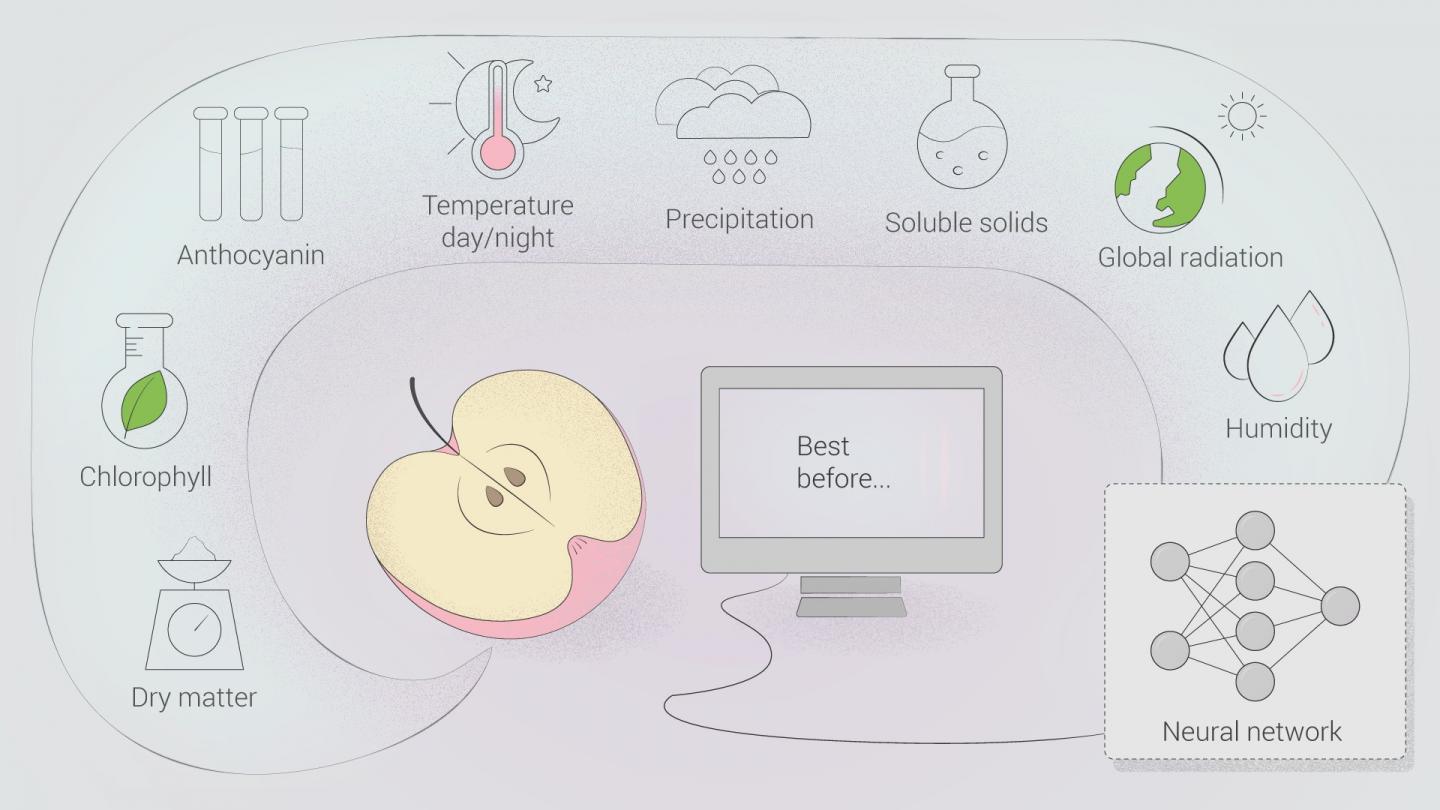 Skoltech assistant professor Pavel Osinenko (formerly at Automatic Control and System Dynamics Laboratory, Technische Universität Chemnitz) and his colleagues gathered three years' worth of data on a Braeburn apple orchard in Germany, including weather data and information from non-destructive sensors such as visible and near-infrared spectroscopy. The information gathered included data on chlorophyll, anthocyanins, soluble solids, and dry matter content. The team also used assessments of fruit quality post-storage (for instance, consumers like their apples nice and firm, so there is a metric for that).

"The experimental orchard was quite normal and the developed methodology can in fact be implemented in industry without much effort," Osinenko says.

The researchers developed a classification algorithm based on a recurrent neural network and trained it on the orchard data. The algorithm ended up being 80 percent successful in predicting internal browning of apples, the appearance of cavities on the surface and fruit firmness. "This is definitely a success since we are talking about an automated solution that does not require human experts. Of course, more data and tuning are needed, but as a proof of concept, the achieved results are indeed promising," Osinenko notes.

He adds that thanks to the predictive design of the methodology, farmers can use the information from the classifier to get better yield. And the team has already received inquiries about possible collaboration on other types of fruits and even vegetables since this approach can work for them too.