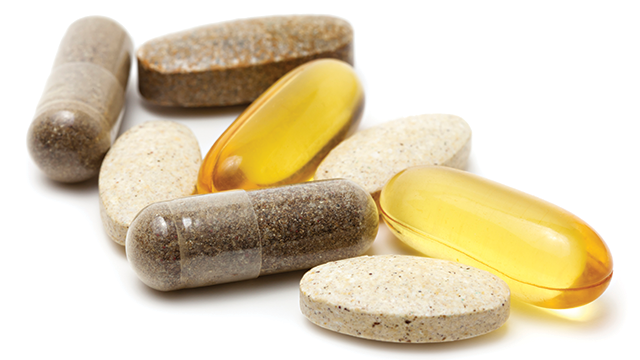 Newswise — Store shelves are filled with nutritional supplements that promise to help with everything from joint pain to lowering cholesterol. Despite those claims, only three supplements have been shown to provide some protection against cardiovascular disease.

“Studies have shown that nitric oxide can help regulate blood pressure, limit the progression of atherosclerosis, and provide vascular protection that could help prevent strokes and heart attacks,” said Miguel Quinones, MD, a cardiologist with Houston Methodist DeBakey Heart & Vascular Center. “It can be found in sodium nitrate, beetroot juice, and beetroot juice powders. Nitric oxide helps healthy individuals as well as those with cardiovascular disease.”

“We also know that omega-3 fatty acids may lower triglycerides and provide protection from cardiovascular disease, but studies show that for the general population it is more advisable to eat fish two to three times a week rather than take a supplement. However, some populations at high risk may benefit from special preparations of omega 3 fatty acids,” Quinones said. “Vitamins of any kind, with the exception of folic acid, have been shown to provide no cardiovascular benefit.”

Quinones adds that while coenzyme Q, more commonly known as CoQ10, has been prescribed by many cardiologists because it might prevent deterioration of the heart muscle, it’s hard to say if it actually prevents heart disease. However, some studies suggest that CoQ10 may benefit people who experience muscle aches from taking statins.

“Statins in their mechanism for reducing cholesterol inhibit a specific chemical pathway which results in lower levels of CoQ10,” Quinones said. “There is a theory that muscle aches are brought on by a lowering of CoQ10 in the muscle cells, thus by taking it, you can possibly reverse the muscle aches.”

Quinones says a person should be able to get all of the nutrients they need from a healthy diet without having to worry about taking supplements.

“Even though it might say ‘vitamin d’ or ‘omega-3 fatty acids’ on the bottle, we know not all supplements are made the same and might not be helping at all, so there is no point in taking them,” Quinones said.

For more detailed information on the studies mentioned, go to the Houston Methodist DeBakey Cardiovascular Journal.

Doctors from the Houston Methodist DeBakey Heart & Vascular will be hosting a live webcast titled “Nutritional Supplements & Heart Health,” from 5:30 p.m. – 6:30 p.m., Monday, Dec. 2. You can watch and call in with questions by clicking on this link.