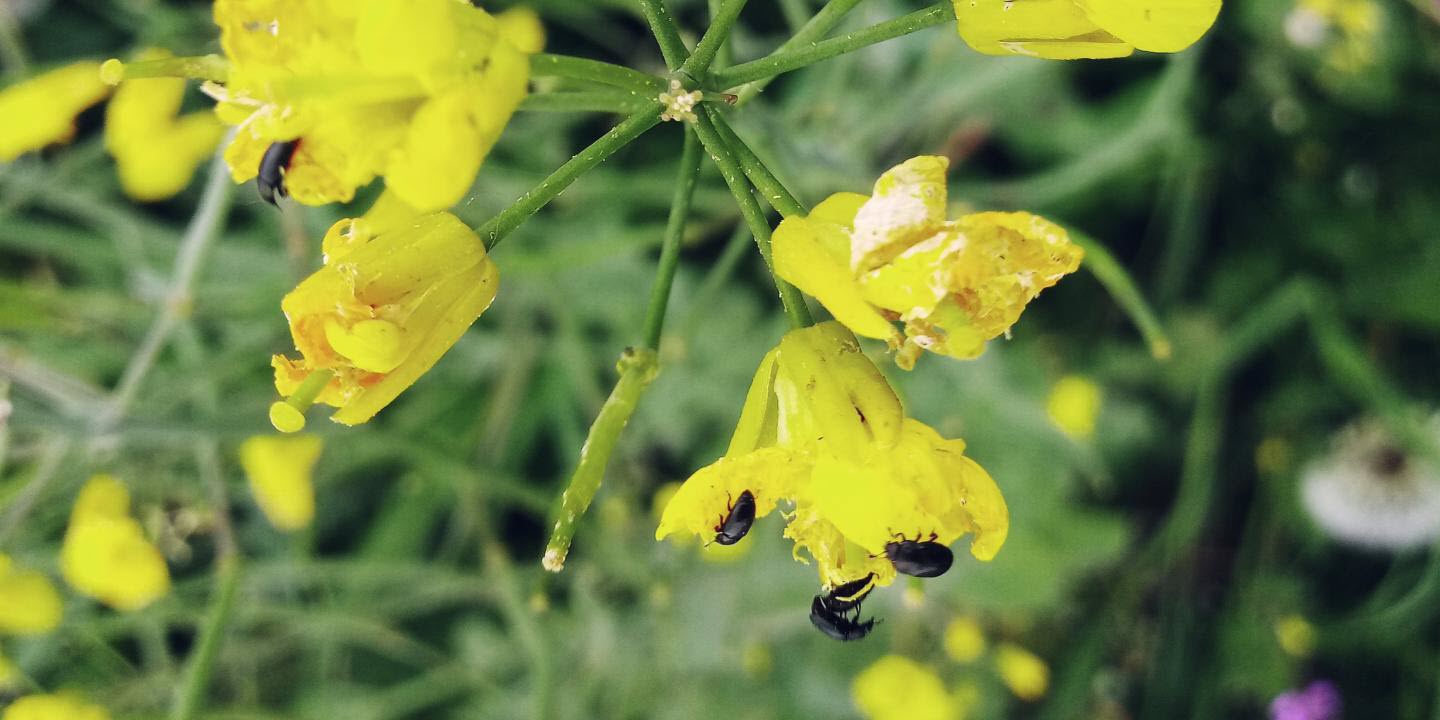 The detrimental impact of pesticides on non-target organisms is one of the most urgent concerns in current agriculture. Double-stranded RNAs (dsRNAs) represent the most species-specific class of pesticides to date, potentially allowing control of a target pest without effecting other species. The unprecedented target-specificity of dsRNA is due to its nucleotide sequence-specific mode of action that results in post-transcriptional gene silencing, or RNA interference (RNAi), in the target species. The development and field use of dsRNAs, via both the insertion of transgenes into the plant genome and the application of dsRNA sprays, is a rapidly growing area of research. Simultaneously, there exists the growing prospect of harnessing RNAi within integrated pest management schemes.

Using the pollen beetle (Brassicogethes aeneus) and its host crop oilseed rape (Brassica napus) as a model crop-pest system, a team of researchers collectively from Estonian University of Life Sciences, Ghent University, and Maastricht University examined how RNAi efficacy depends on duration of dietary exposure to dsRNA. To this end, the authors applied dsRNA (specifically designed to induce RNAi in the pollen beetle) to oilseed rape flowers, and analyzed RNAi-induced mortality between insects chronically fed dsRNA and insects fed dsRNA for three days. Most notably, their data suggest that, with chronic dietary exposure to dsRNA, reduced dsRNA concentrations can be applied in order to achieve a similar effect compared to short-term (e.g. 3 days) exposure to higher concentrations. This observation has important implications for optimizing dsRNA spray approaches to managing crop pests. Specifically, while crop pest management is likely to benefit from successive dsRNA spray treatments, this may still be of economic benefit in practice because lower concentrations (e.g. 5-10 times lower) may be suitable for an equally effective outcome.

This work is timely, as dsRNA spray approaches are increasingly under consideration due to not only reduced biotechnology requirements, but also less legal restrictions in certain countries (e.g. member states of the European Union), compared to the engineering and cultivation of RNAi cultivars. The study adds new insights to the current discussion surrounding the potential benefits of genetically engineered crops. Transgenic RNAi cultivars continuously produce the species-specific dsRNA within the plant's tissues, chronically exposing the target species to the pesticide as long as the pest continuously feeds on the crop. Thus, the authors highlight the need for research into the development and potential use of genetically engineered RNAi oilseed rape cultivars, given the enhanced RNAi efficacy resulting from chronic dsRNA feeding in the pollen beetle.

- This press release was supplied by the Estonian Research Council. It has been edited for style