ST. PETERSBURG, FL — Since the 2010 BP oil spill, marine scientists at the University of South Florida (USF) have sampled more than 2,500 individual fish representing 91 species from 359 locations across the Gulf of Mexico and found evidence of oil exposure in all of them, including some of the most popular types of seafood. The highest levels were detected in yellowfin tuna, golden tilefish, and red drum.

The study, just published in "Nature Scientific Reports," represents the first comprehensive, Gulf-wide survey of oil pollution launched in response to the Deepwater Horizon spill. It was funded by a nearly $37 million grant from the independent Gulf of Mexico Research Initiative (GoMRI) to establish the Center for Integrated Modeling and Analysis of Gulf Ecosystems (C-IMAGE), an international consortium of professors, post-doctoral scholars and students from 19 collaborating institutions. 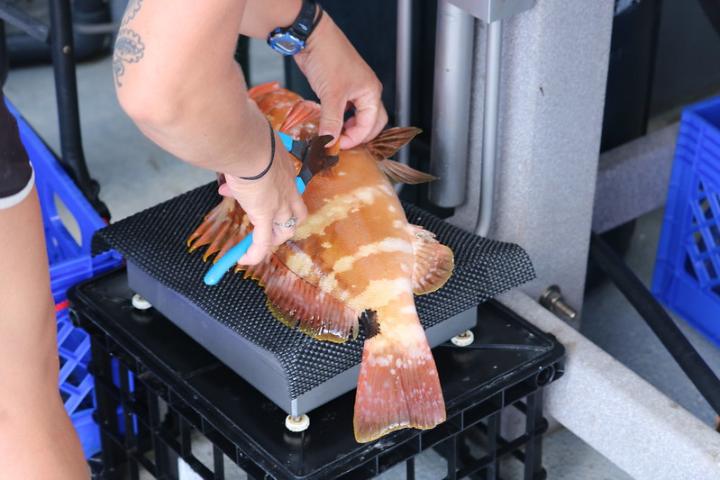 Fish are weighed and fin clips are removed for genetic analyses.
University of South Florida

Over the last decade, USF scientists conducted a dozen research expeditions to locations off the United States, Mexico, and Cuba examining levels of polycyclic aromatic hydrocarbons (PAHs), the most toxic chemical component of crude oil, in the bile of the fish. Bile is produced by the liver to aid in digestion, but it also acts as storage for waste products.

"We were quite surprised that among the most contaminated species was the fast-swimming yellowfin tuna as they are not found at the bottom of the ocean where most oil pollution in the Gulf occurs," said lead author Erin Pulster, a researcher in USF's College of Marine Science. "Although water concentrations of PAHs can vary considerably, they are generally found at trace levels or below detection limits in the water column. So where is the oil pollution we detected in tunas coming from?"

Pulster says it makes sense that tilefish have higher concentrations of PAH because they live their entire adult lives in and around burrows they excavate on the seafloor and PAHs are routinely found in Gulf sediment. However, their exposure has been increasing over time, as well as in other species, including groupers, some of Florida's most economically important fish. In a separate USF-led study, her team measured the concentration of PAHs in the liver tissue and bile of 10 popular grouper species. The yellowedge grouper had a concentration that increased more than 800 percent from 2011 to 2017.

Fish with the highest concentrations of PAH were found in the northern Gulf of Mexico, a region of increased oil and gas activity and in the vicinity of the Deepwater Horizon spill that gushed nearly four million barrels of oil over the course of three months in 2010. Oil-rich sediments at the bottom where much of the oil settled are resuspended by storms and currents, re-exposing bottom-dwelling fish. 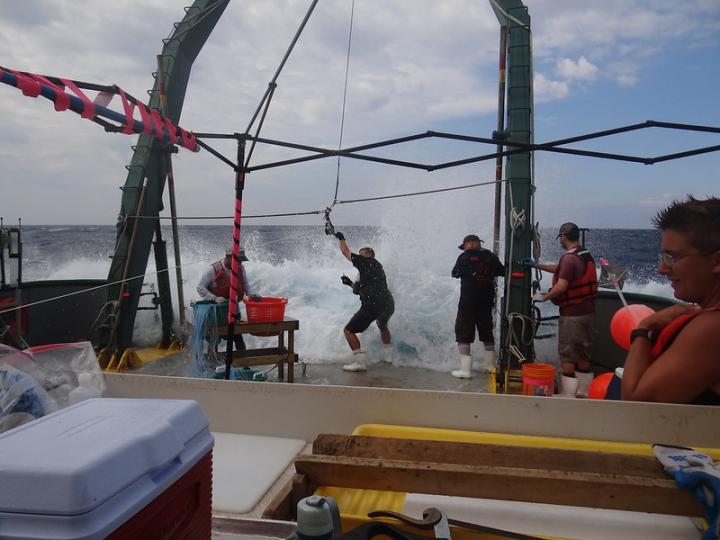 Oil pollution hot spots were also found off major population centers, such as Tampa Bay, suggesting that runoff from urbanized coasts may play a role in the higher concentrations of PAHs. Other sources include chronic low-level releases from oil and gas platforms, fuel from boats and airplanes, and even natural oil seeps—fractures on the seafloor that can ooze the equivalent of millions of barrels of oil per year.

"This was the first baseline study of its kind, and it's shocking that we haven't done this before given the economic value of fisheries and petroleum extraction in the Gulf of Mexico," said Steven Murawksi, professor of fisheries biology at USF, who led the international research effort.

Despite the detected trends of oil contamination in fish bile and liver, fish from the Gulf of Mexico are rigorously tested for contaminants to ensure public safety and are safe to eat because oil contaminants in fish flesh are well below public health advisory levels. Chronic PAH exposure, however, can prevent the liver from functioning properly, resulting in the decline of overall fish health.

These studies were made possible by BP's 10-year, $500 million commitment to fund independent research on the long-term effects of the Deepwater Horizon spill administered by the Gulf of Mexico Research Initiative. This year marks the end of that funding.

"Long-term monitoring studies such as these are important for early warning of oil pollution leaks and are vital for determining impacts to the environment in the case of future oil spills," Pulster said.