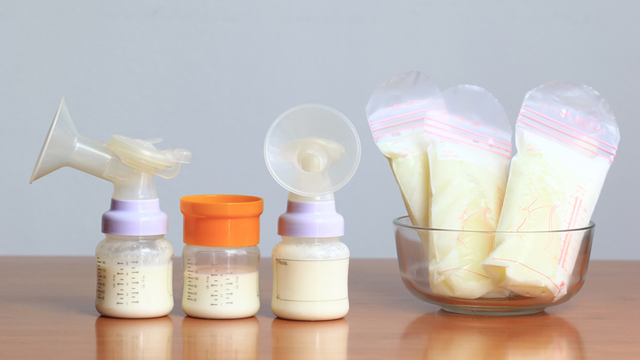 Bethesda, Md. (November 21, 2017) — New research suggests that following a high-fat diet during lactation—regardless of diet during pregnancy—alters RNA activity in breast milk.  The changes in genetic material may increase the risk of metabolic disorders such as type 2 diabetes in offspring. The article is published ahead of print in Physiological Genomics.

RNA is a molecule chain that uses genetic information from DNA—the “genetic blueprint”—to produce proteins in the cells. RNA defects can play a role in potentially serious health conditions such as cancer, heart disease, and stroke.

Previous studies have shown that offspring born to mothers who consumed a high-fat diet during pregnancy and breastfeeding are more likely to become obese and develop chronic conditions such as diabetes, high blood pressure, and heart disease. However, less is known about the effects of a high-fat diet during lactation alone.

Researchers from Purdue University in Indiana studied two groups of pregnant mice. One group was given a high-fat diet during gestation and the other was fed a typical diet. The research team divided the newborn mice pups into four groups:

The researchers found that the milk made by mice following a high-fat diet had a higher fat content. In addition, the researchers observed changes in both messenger RNA (mRNA), which delivers coded information from DNA to protein-making cells, and miRNA—non-coded genetic material involved with metabolism, cell death, and nervous system function. More than 1,500 mRNA genes and 25 miRNAs expressed differently in the milk of the mothers on a high-fat diet during lactation compared to the milk produced by mothers on a typical diet. These changes could potentially affect the development of the newborns and put them at higher risk for chronic disease as adults. “Further, miRNA and mRNA only make up a portion of RNAs secreted in the milk and future studies will be needed to describe other species of RNAs [in breast milk] and their potential roles,” the researchers wrote.

Read the full article, “The effect of high fat diet on secreted milk transcriptome in mid-lactation mice,” published ahead of print in Physiological Genomics.