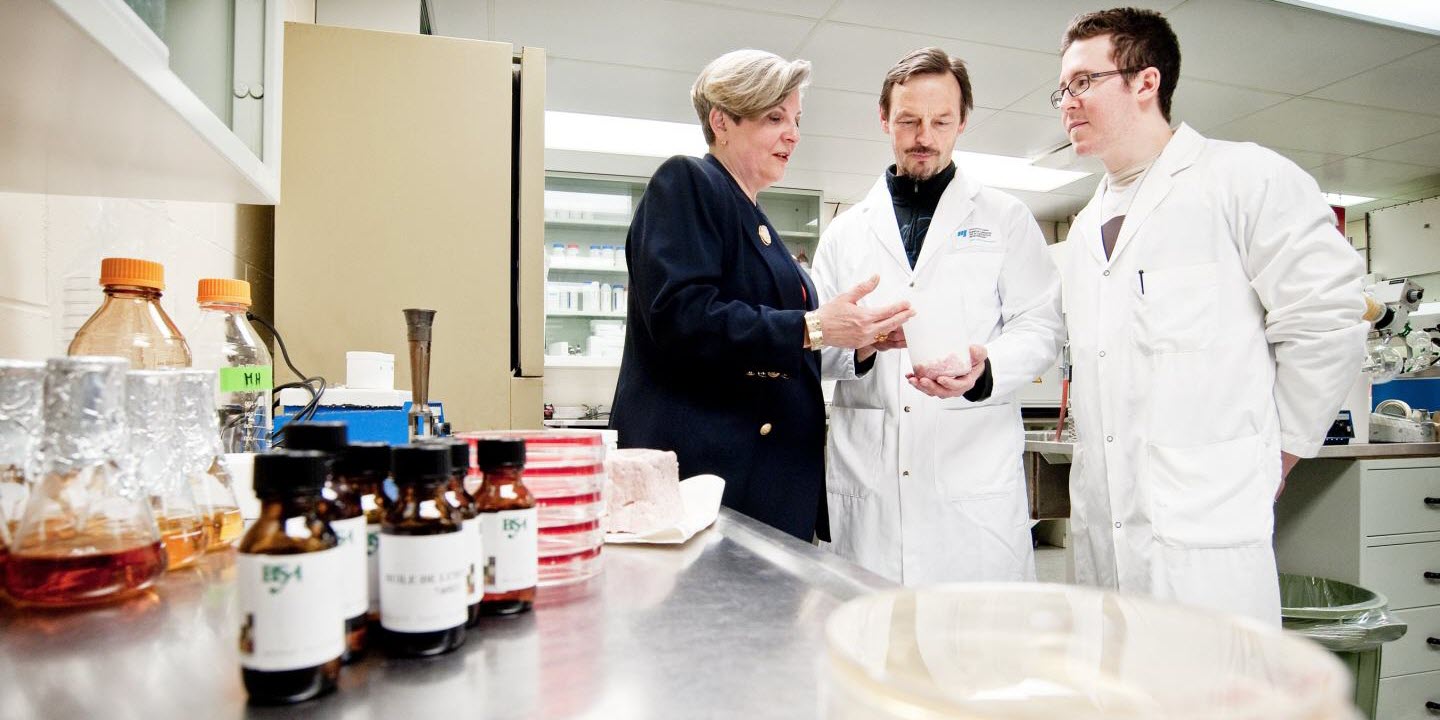 INRS Professor Monique Lacroix is an expert in sciences applied to food, such as irradiation.
Christian Fleury (INRS)

A combined treatment of irradiation and essential oil vapors could effectively destroy insects, bacteria, and mold in stored grains. A team from the Institut national de la recherche scientifique (INRS), led by professor Monique Lacroix, has demonstrated the effect of this process on insects affecting rice. The study was published in the Radiation Physics and Chemistry journal.

Microorganisms and insects are the main enemies of stored grains. Currently, the food industry uses fumigants to destroy them. However, these compounds, which evaporate or decompose into gases into air or water, are threatening human health and the environment. "When grain is fumigated, a small amount of gas is absorbed by the grain and released into the atmosphere. For food irradiation, the treatment is physical. If "new molecules" are produced, they are no different than those produced by normal processes applied to food, such as heat," says Lacroix.

Food irradiation refers to the exposure of food to ionizing radiation, including gamma rays and X-rays. The research team has determined the effectiveness of these two processes, both with and without essential oils.

The study aimed at testing whether the energy level of the irradiation source with variable flow rate could affect the dose (or treatment time) needed to kill 90 percent of insects or molds. The research team showed that gamma rays were more effective against insects than X-rays. In addition, a higher dose rate with gamma rays proved to be more effective than a low dose rate. Moreover, by adding eucalyptus and tea tree essential oils, the effectiveness significantly improved.

"With the addition of essential oils, the dose needed was four to six times smaller depending on gamma dose rates. In fact, oils increase the sensitivity of insects to radiation" says Lacroix.

Similar results can be seen for bacteria and molds, even though they are more resistant to radiation. According to a previous study, microorganisms' sensitivity to irradiation increased by about 1.5 times with the addition of thyme and oregano essential oils.

The team also conducted experiments with essential oil vapors diffused in 5 kg bags of rice. In the future, the team would like to test the process in an industrial setting, through partnership with companies.