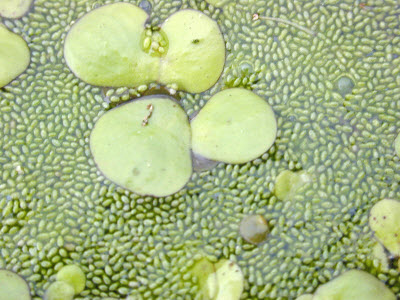 Algae are a diverse group of photosyntehetic organisms that are chiefly aquatic, contain chlorophyll and generate oxygen—in fact, algae are responsible for nearly half of the photosynthesis that occurs on Earth. Algae are categorized into two forms: macroalgae and microalgae. Macroalgae are seaweeds and are visible to the naked eye and grow in oceans, lakes, rivers, and ponds. Microalgae are single-cell organisms that can only be seen with the aid of a microscope, and mostly occur in fresh and marine water.

Both micro- and macroalgae are nutrient dense with varying amounts of vitamins A, C, E, folate, calcium, iodine, iron, omega-3 fatty acids, carbohydrates, protein, and a variety of other nutrients. The protein content macroalgae range from three to 50 percent and microalgae’s protein content is even higher, ranging up to 70 percent.

Among seaweeds, red seaweed tends to have the highest protein content, and the red species nori, has the greatest amount: 100 grams of nori contains up to 50 grams of protein. Nori has an amino acid profile similar to that of peas or beans, contains a high amount of omega-3 fatty acid and is a good source of vitamin B12. Nori is commonly used to wrap sushi rolls and dried nori is sold in sheets that can be either cut into strips to wrap rice and fish or cut into small pieces to sprinkle onto soups and noodle dishes.

Duckweed, the smallest flowering plant in the world, has protein contents of up to 45 percent, which is among the highest protein levels in the plant kingdom. Although usually perceived as food sources for birds and fish, people in Laos, Thailand, Vietnam, and parts of Africa have been eating various duckweeds for centuries.