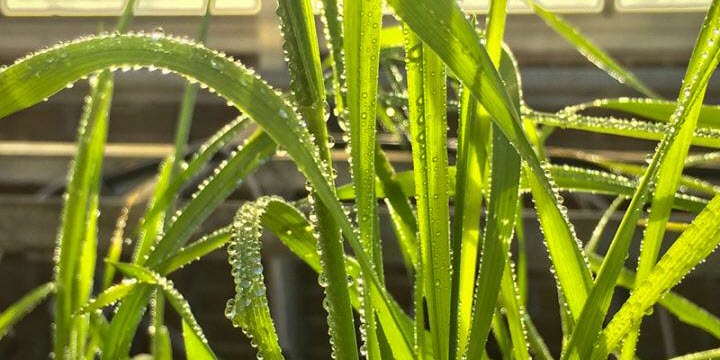 Researchers aim to reduce the gluten content in wheat to make it less allergenic for individuals with celiac disease and gluten sensitivity.
Jonathan Windham

The United States Department of Agriculture identifies a group of "big eight" foods that causes 90 percent of food allergies. Among these foods are wheat and peanuts.

Sachin Rustgi, a member of the Crop Science Society of America, studies how we can use breeding to develop less allergenic varieties of these foods. Rustgi recently presented his research at the virtual 2020 ASA-CSSA-SSSA Annual Meeting.

Allergic reactions caused by wheat and peanuts can be prevented by avoiding these foods, of course. "While that sounds simple, it is difficult in practice," says Rustgi.

"People with food allergies can try hard to avoid the foods, but accidental exposure to an allergen is also possible," says Rustgi. Allergen exposure can lead to hospitalization, especially for people with peanut allergies.

"For others, avoiding wheat and peanuts is not easy due to geographical, cultural, or economic reasons," explains Rustgi.

Rustgi and his colleagues are using plant breeding and genetic engineering to develop less allergenic varieties of wheat and peanuts. Their goal is to increase food options for people with allergies.

For wheat, researchers focus on a group of proteins, called gluten.

But gluten can cause an immune reaction for individuals with celiac disease. In addition, others experience non-celiac gluten sensitivity, leading to a variety of adverse symptoms. 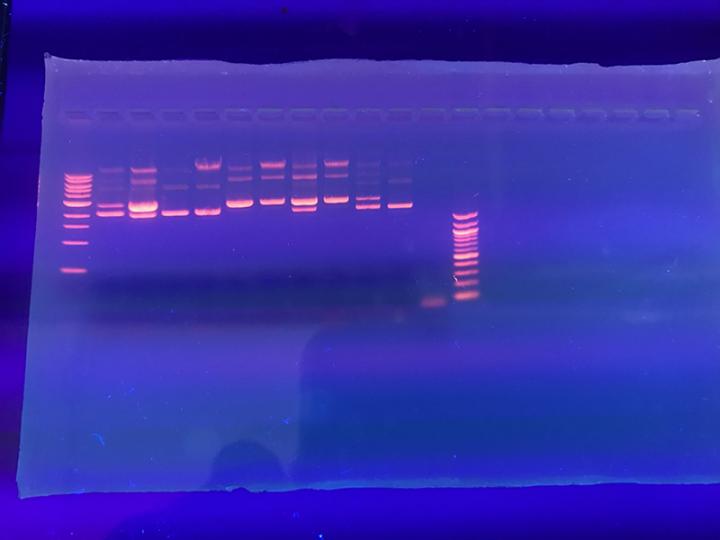 Electrophoresis is a scientific technique used to separate molecules of DNA or proteins. The way the molecules travel through the gel, shown here, helps scientists understand important characteristics.
Jonathan Windham

Researchers have been trying to breed varieties of wheat with lower gluten content. The challenge, in part, lies in the complicated nature of gluten genetics. The information needed to make gluten is embedded in the DNA in wheat cells.

But gluten isn't a single protein—it's a group of many different proteins. The instructions cells needed to make the individual gluten proteins are contained within different genes.

In wheat, these gluten genes are distributed all over a cell's DNA. Since so many portions of the DNA play a role in creating gluten, it is difficult for plant breeders to breed wheat varieties with lower gluten levels.

"When we started this research, a major question was whether it would be possible to work on a characteristic controlled by so many genes," says Rustgi.

The challenges of removing allergens from peanuts

For peanuts, the situation is similar. Peanuts contain 16 different proteins recognized as allergens.

"Not all peanut proteins are equally allergenic," says Rustgi. Four proteins trigger an allergic reaction in more than half of peanut sensitive individuals.

Like the gluten genes in wheat, the peanut allergen genes are spread throughout the peanut DNA.

"Affecting this many targets is not an easy task, even with current technology," says Rustgi.

Rustgi and the research team are testing many varieties of wheat and peanuts to find ones that are naturally less allergenic than others.

These low-allergenic varieties can be bred with crop varieties that have desirable traits, such as high yields or pest resistance. The goal is to develop low-allergenic wheat that can be grown commercially.

In addition to traditional breeding efforts, Rustgi is also using genetic engineering to reduce allergenic proteins in wheat and peanuts.

Rustgi is using CRISPR to target gluten genes in wheat. Recent improvements in CRISPR technology allow researchers to target many genes at once. 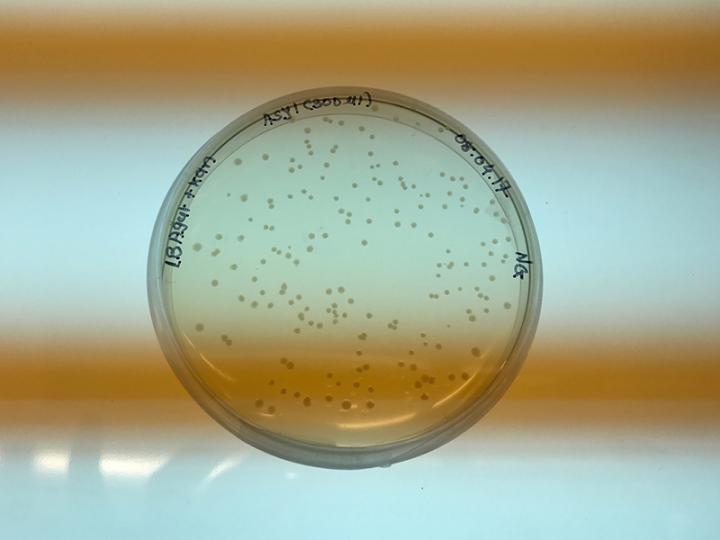 Bacteria growing in this petri dish can help transfer genetic material from one plant to another. This method in biotechnology is called recombinant DNA technology.
Jonathan Windham

Genes targeted by CRISPR are changed or mutated. This means that cells can no longer "read" these genes to make the specific proteins.

"Disrupting the gluten genes in wheat could yield wheat with significantly lower levels of gluten. A similar approach would work in peanuts," says Rustgi.

Other approaches include understanding how gluten production is regulated in wheat cells. As it turns out, one protein serves as a 'master regulator' for many gluten genes.

That's important because disrupting this master regulator could lead to reduced amounts of gluten in wheat. Targeting a single gene is much easier than trying to disrupt the several gluten genes.

"Wheat and peanuts are the major sources of proteins to many, especially those living in resource-deprived conditions," says Rustgi. "Finding affordable ways to make wheat and peanuts available for all is very important."

Developing wheat and peanuts with reduced allergen levels is a key step toward this goal.

"These crops will also reduce accidental exposure to allergens," says Rustgi. "Also, they would limit the severity of reactions if exposure did happen."

- This press release was originally published on the American Society of Agronomy website. It has been edited for style