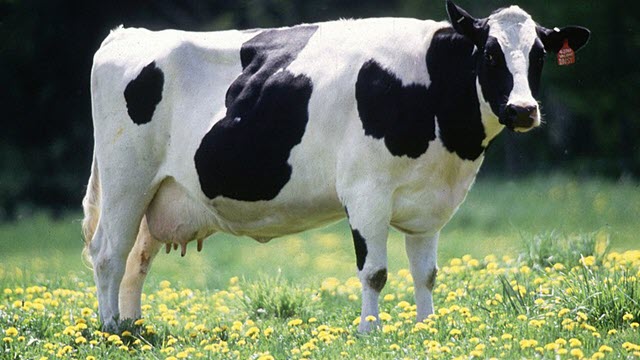 Milk is a staple of the human diet, full of key nutrients such as protein, carbohydrates, fats, and vitamins. Cow's milk in particular is one of the most-used dairy products globally, with more than 800 million tons produced annually, according to the United Nations Food and Agriculture Organization. Today, scientists report in ACS' Journal of Agricultural and Food Chemistry a comprehensive, centralized database of all known bovine milk compounds.

Human milk consumption has played a key role in global economic and agricultural developments for more than 10,000 years. Given its popularity, cow's milk has been the subject of numerous scientific studies in recent history. There are thousands of known components in the liquid, but the data are scattered throughout the literature. And analyzing milk can be a complex undertaking, as the beverage can vary in amount of and identities of its constituent compounds, depending on the breed of cow, type of feed, and other factors. Using targeted chemical analyses has provided a large amount of data on specific compounds, but none have been able to both fully identify and quantify the makeup of bovine milk. That's why David Wishart and colleagues at the University of Alberta set out to perform a multi-tiered analysis that provides the most complete picture to date.

To build a database of bovine milk components, the researchers applied a combination of experimental technologies and literature text-mining. For their experimental work, they assessed commercially purchased skim, one percent, two percent, and whole milk with four different spectrometric technologies. They identified and measured various substances in milk, including metal ions, vitamins, organic acids, and amino acids. For the computer analysis part of the study, the researchers used a series of digital text-mining tools to find published chemical information on dairy compounds. The data from the project are freely available at the Milk Composition Database. More than 2,300 metabolite entries are in the database, and more than160 of these substances were reported on for the first time in cow's milk.