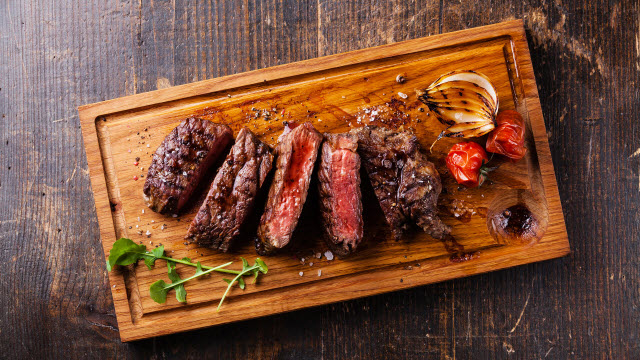 Increased consumption of red meat and poultry is linked to a higher risk of developing type 2 diabetes, researchers have found.

Researchers from a National University of Singapore (NUS) study have reported that increased consumption of red meat and poultry is associated with a higher risk of developing type 2 diabetes mellitus among Chinese Singaporeans. The research was published in the American Journal of Epidemiology in August.

The findings are drawn from the Singapore Chinese Health Study, a population-based cohort study which recruited more than 63,000 middle-aged and elderly Chinese in Singapore from 1993 to 1998. The study was led by senior author, Duke-NUS Medical School (Duke-NUS) professor Koh Woon Puay, who is also from the Saw Swee Hock School of Public Health (SSHSPH). For the analysis of the association between diabetes and various types of meats—including red meat, such as pork, beef, and mutton; poultry, such as chicken and duck; as well as fish and shellfish—the team analyzed data from 45,411 participants who were eligible for this study, and followed up for an average of 11 years for the incidence of diabetes.

The participants were distributed into four groups according to their reported meat intake. Compared to those in the lowest quartile, participants in the highest quartile intake of red meat and poultry demonstrated a 23 per cent and 15 per cent increase in risk of diabetes respectively. Consumption of seafood such as fish and shellfish was not linked to diabetes risk. 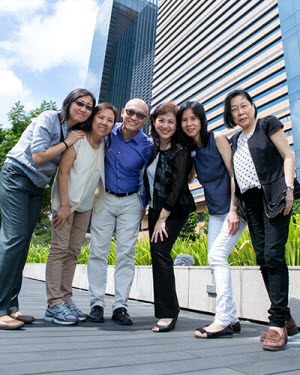 Prof. Koh (third from right) together with the team who handled data collection for the study.Photo courtesy of the National University of SingaporeThe research team also investigated the link between dietary heme-iron content in various meats and the risk of diabetes. Heme-iron is present in greater amounts in red meat as well as parts of poultry such as the thigh. Consistent with existing studies, the team found that diabetes risk increased with a higher intake of heme-iron. After adjusting for heme-iron content in the diet, there was still a link between red meat and diabetes, suggesting that other chemicals in red meat could account for the increase in risk of diabetes. Conversely in poultry, the risk was likely attributable to its heme-iron content.

Speaking of the findings, Prof Koh said, “We don’t need to remove meat from the diet entirely. Singaporeans just need to reduce the frequency of intake to a few times a week, and reduce the amount of each intake, especially for red meat, and choose chicken breast and fish or shellfish, or plant-based protein food and dairy products, to reduce the risk of diabetes. At the end of the day, we want to provide the public with information to make evidence-based choices in picking the healthier food to reduce disease risk.”

This is one of the largest Asian studies looking at meat consumption and diabetes risk. This study demonstrated the additional risk of red meat attributable to other possible chemicals, other than its heme-iron content. It also suggested that chicken parts with lower heme-iron content such as breast meat, compared to thighs, could be healthier. Finally, the study also demonstrated the benefit of replacing red meat or poultry with fish or shellfish. The investigators hope that their study would help Singaporeans make evidence-based decisions for healthier food choices to reduce the risk of diabetes.