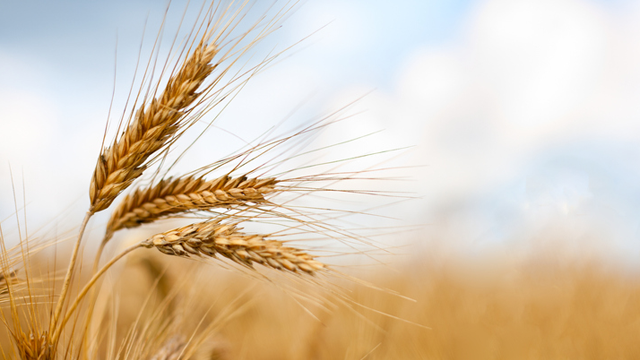 MINNEAPOLIS/ST. PAUL, MN — November 7, 2019 — Stem rust is a devastating wheat disease that has caused famines and undermined economies around the world for centuries.

One particular strain of the stem rust fungus, dubbed "Ug99," threatens the global wheat supply because it can attack more than 80 percent of all varieties planted across the world. The ability of Ug99 to attack so many wheat varieties has confounded scientists and farmers since its discovery in Africa two decades ago.

Now, a team of researchers has uncovered the basis of Ug99's wide virulence by examining the pathogen's genome. They determined that the pathogen's ability to attack so many wheats can be traced to a rarely observed phenomenon where two different rust strains fuse together and exchange intact nuclei. This event creates a hybrid strain with a wider host range than its original parents.

This investigation is the first to provide compelling genome-wide data that this event, called "somatic hybridization," in the rust fungi can generate new virulence combinations. It also helps explain the sudden emergence of Ug99 in Africa.

"Ug99 is an imminent threat to global food security due to its wide virulence and ability to readily spread across continents and oceans to infect distant wheat crops," said study co-author Brian Steffenson, a plant pathology professor at the University of Minnesota College of Food Agricultural and Natural Resource Sciences (CFANS).

"We have known for a long time that the stem rust fungus is highly variable, but the molecular basis for this variation was not well understood. This study documents, at the genomic level, one important mechanism for how rust pathogens alter their virulence repertoire in nature."

The discovery is detailed in a paper published Thursday in the journal Nature Communications. The research team included scientists from the University of Minnesota, the Commonwealth Scientific and Industrial Research Organization (CSIRO), Australian National University, and University of the Free State in South Africa.

"This information will be critical for deciphering the genetic basis and evolution of rust virulence on wheat and for monitoring the global movements of the pathogen," said Eva Henningsen, a University of Minnesota graduate student in plant pathology.

By analyzing the DNA sequences of the two individual nuclei present in Ug99 and another more established African stem rust strain called Pgt21-0, researchers discovered that:

"As plant scientists, we're always looking for an advantage over stem rust in order to develop more durably resistant crops," said Feng Li, a University of Minnesota Ph.D. student and joint first author on the study. "The data obtained from this study will provide us with new insights on how Ug99 emerged to threaten wheat across the world."

Beside the practical implications of the study, researchers say they were surprised to learn that hybridization and a nucleus swap were the basis for the virulence shift in Ug99. These events were thought to be rare in nature.

"It was one of those amazing moments in science when you stop and think about how much there is still to learn about nature," said former University of Minnesota professor Melania Figuera, group leader at CSIRO.