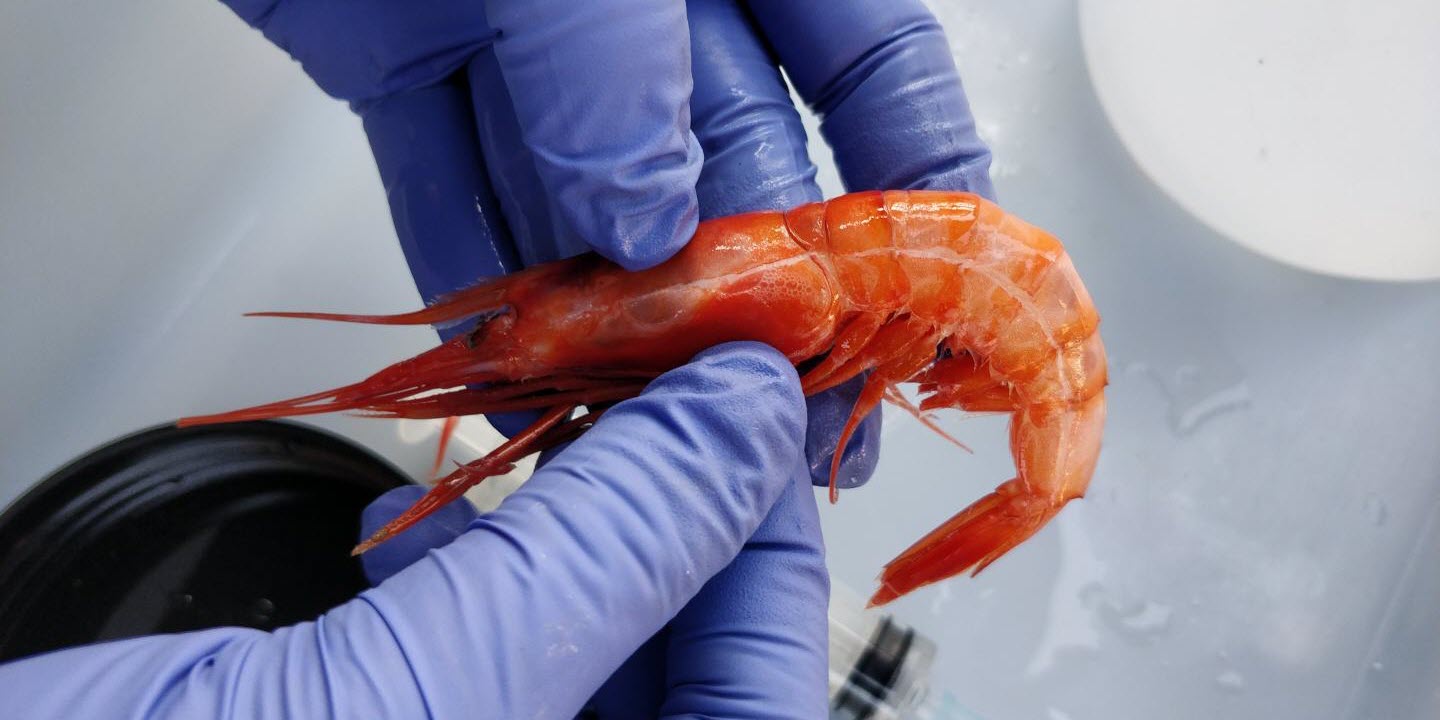 A study conducted by the UAB certifies that despite the presence of microplastics in deep-sea shrimp, the amounts detected do not cause any types of health problems. The research coincides with other studies pointing to the fact that there is no danger for human consumption, either. The research will be available in the next issue of Environmental Pollution.
SEAaq, UAB

A research team from the SEAaq group at the Universitat Autònoma de Barcelona (UAB) conducted analyses to determine whether the microplastics contaminating the Mediterranean Sea can also be found inside the organism of the deep-sea shrimp (Aristeus antennatus), and what effects these could have on the animal's health and on human consumption. The study was conducted in three fishing zones off the coasts of Girona, Barcelona, and Delta de l'Ebre in Tarragona, during the years 2017 and 2018. Some of these samples, such as the ones from Barcelona, were compared to others from more than 10 years ago, in order to establish the changes in microplastics concentrations within a 10-year period.

The results are clear, three out of every four shrimp analyzed contained anthropogenic fibers in their digestive tract. Of these, almost half of them had a good part of the fibers tangled into a ball inside their stomach. In one specific sampling, the shrimp taken from in front of the coast of Barcelona presented up to 30 times as many synthetic fibers than those taken from other fishing zones. However, when the results of 2007 were compared with those of 2017 and 2018, there was no clear increase in the abundance of these fibers. What was found was that the composition had changed, with a reduction in the presence of acrylic polymers and an increase in polyester, similar to the changes seen in consumption habits during the same period.

With regard to the effects these fibers may have on the health of these shrimp, the study shows that even animals with a considerably sized ball of fibers maintain their health condition and no tissular histopathological alterations were observed in the organs analyzed, not even in the cuticle or digestive epithelium in direct contact with the artificial fibers. The study did not detect any consistent effect or correlation of these fibers with the health condition of the shrimp, which were considered to be in good health. "The shrimp probably get rid of all of the fibers they ingest and accumulate thanks to the shedding of their exoskeleton which takes place every so often, and this could explain why although an abundance of these fibers have been found in some shrimp, they continue to show signs of being healthy," explains Ester Carreras, UAB lecturer of the Department of Animal Biology, Plant Biology and Ecology, who is also one of the researchers participating in the study.

In relation to human health, researchers consider that "the consumption of shrimp is in no way a contaminating agent that should concern us. Other studies show that ingesting micropastics through shrimp is minimal in comparison to the amount of fibers entering our bodies through other means, such as the use of plastic packagings or environmental contamination, or through the synthetic fibers in clothes and also those found in dust and which inevitably also end up in our plates," Carreras highlights. In a study conducted in the United Kingdom, it was estimated that a person could ingest some 14,000 to 68,000 particles of microplastics found in the dust and air each year. This is far superior to the average 22 fibers identified in shrimp, and even more so when considering that more than 90 percent of the fibers are found in the animal's stomach, a part which is not eaten if we do not eat the shrimp's "head."

"Soon it will be time to discover whether common commercial fish from our coastal waters such as red mullet, surmullet or striped mullet (Mullus barbatus), and anchovy (Engraulis encrasicolus), follow the same path," Carreras predicts.

- This press release was originally published on the UAB website