COLUMBUS, Ohio — Even though American consumers throw away about 80 billion pounds of food a year, only about half are aware that food waste is a problem. Even more, researchers have identified that most people perceive benefits to throwing food away, some of which have limited basis in fact.

A study published July 21 in PLOS ONE is just the second peer-reviewed large-scale consumer survey about food waste and is the first in the U.S. to identify patterns regarding how Americans form attitudes on food waste. 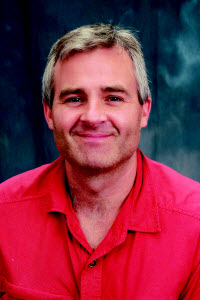 The researchers developed a national survey to identify Americans’ awareness and attitudes regarding food waste. In July 2015, it was administered to 500 people representative of the U.S. population.

The study found that 53 percent of respondents said they were aware that food waste is a problem. This is about ten percent higher than a Johns Hopkins study published last year, Roe said, which indicates awareness of the problem could be growing.

“But it’s still amazingly low,” he said. “If we can increase awareness of the problem, consumers are more likely to increase purposeful action to reduce food waste. You don’t change your behavior if you don’t realize there’s a problem in the first place.”

Among other findings, the study identified general patterns that play a role in people’s attitudes regarding household food waste.

“Generally, we found that people consider three things regarding food waste,” said doctoral student Danyi Qi, who co-authored the study. “They perceive there are practical benefits, such as a reduced risk of foodborne illness, but at the same time they feel guilty about wasting food. They also know that their behaviors and how they manage their household influences how much food they waste.”

In particular, the survey revealed patterns in how Americans think about food waste:

In studying these patterns, the researchers see several areas in which to focus educational and policy efforts.

“First, we can do things to chip away at the perceived benefits of wasting food,” Qi said. “Our study shows that many people feel they derive some type of benefit by throwing food away, but many of those benefits are not real.”

For example, removing “Sell by” and “Use by” dates from food packages could significantly reduce the amount of good food that is trashed, the researchers said.

“Only in rare circumstances is that date about food safety, but people are confused about the array of dates on food packages,” Roe said. Recent efforts to create uniform national standards for such labels have received bipartisan support.

Related Article: Nearly Half of U.S. Seafood Supply Is Wasted

In addition, the researchers see an opportunity to help consumers understand the negative environmental impacts of food waste.

Food waste is the largest source of municipal solid waste in the U.S. and the most destructive type of household waste in terms of greenhouse gas emissions, the researchers report.

“Helping people become more aware of that wouldn’t be a silver bullet,” Roe said, “but it could sway five to ten percent of people who are generally willing to change their behaviors to improve the environment but who have never put two and two together about the damaging impacts of food waste.”

“Basically, right now everybody thinks they are doing as good as or better than everybody else,” Roe said. “It’s somebody else that’s creating food waste.”

To combat that problem, Roe, Qi and other members of Roe’s research group are developing a smart phone app to better measure household food waste. Roe is seeking federal grants and private support to fund the project, a collaboration with the Pennington Biomedical Research Center at Louisiana State University. The LSU group developed the SmartIntake app several years ago to help participants in food intake studies report what they eat more accurately.

Funding for the study came from the McCormick Program in Agricultural Marketing and Policy, housed in Ohio State’s Department of Agricultural, Environmental and Development Economics.