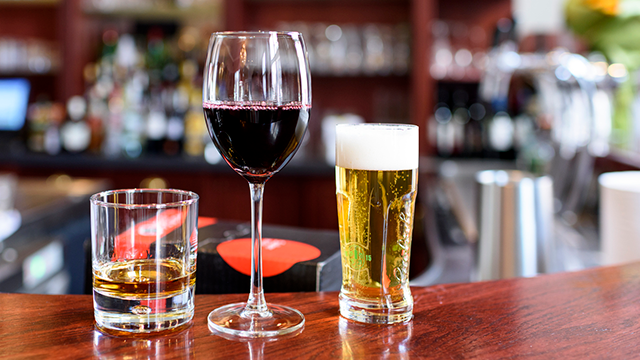 Washington, DC — Nov. 7, 2017 — A flavor compound called phenylethyl acetate imparts a hint of rose or honey to wherever it's found—a dab of perfume, a sip of wine, a slug of beer. Microbiologists in Belgium have used genetic mapping to identify, for the first time, specific yeast genes that produce higher levels of this aroma in alcoholic beverages. The new finding joins other recent work connecting genes to flavors in wines and beers, and may be used to grow yeasts that produce new flavors.

"In some wines, you can smell the rose flavor above all the others," says microbiologist Johan Thevelein at the Center for Microbiology at VIB, a life sciences institute in Flanders. "But why certain yeast strains make more of this compound than other strains, there was no knowledge at all." Thevelein led the study with Maria R. Foulquié-Moreno, also at VIB. Their findings are published this week in mBio.

Yeast plays a critical role in shaping the flavor of a beer: During fermentation, it adds flavors and carbonation. In wine, most of the flavor comes from the grapes themselves, the metabolism of the yeast can alter those flavors, adding secondary flavors. Yeast also contributes its own flavors.

The researchers used high-throughput genomic analysis to study genes in a hybrid strain of Saccharomyces cerevisiae, or brewer's yeast, derived from two parent strains. In the hybrid, they identified four quantitative trait loci (QTL)—swaths of DNA that contain multiple genes but only one causative gene—that were linked to higher production of phenylethyl acetate. Further investigation showed that alleles of two genes, TOR1 and FAS2, were responsible for the highest production of the flavor compound. (FAS2 encodes an enzyme involved in making fatty acids, and TOR1 helps regulate nitrogen.)

They used CRISPR/Cas9 to swap those alleles between the parent strains and observed that production of phenylethyl acetate increased significantly.

Enhancing industrial yeast strains for desirable flavors has been a challenge in the past, says Thevelein. Biologists can cross-breed strains to select for certain genes—so certain flavors—but the process is time-consuming, expensive, and may cause other unwanted changes in the yeast.

"You have to do two things," says Thevelein. "One is to improve the yeast trait that you want to improve. Second is to change nothing else in the yeast. In practice, the latter turns out to be much more difficult than the former." A cross-bred yeast may work in the lab, but not in the brewery. "If the fermentation is bad, you have to throw away all the beer," Thevelein says.

CRISPR/Cas9 offers a more efficient way to precisely engineer desirable traits in yeasts without affecting other traits, he says. In recent years, microbiologists have connected specific genes to an array of flavors, including nerolidol (a woody scent), ethyl acetate (a sweet smell, as in nail polish), and sulfur flavors. In their work at VIB, Thevelein and Foulquié-Moreno have also identified genes responsible for banana- and butter-like flavors.

CRISPR/Cas9 can add desirable genes and swap out the undesirables, usually without the time, expense, and unwelcome side effects of cross-breeding strains. "With CRISPR, we never leave a scar," says Foulquié-Moreno. Because the engineered yeast strains have alleles that have been swapped from other yeasts, they should be indistinguishable from strains produced by breeding or by mutagenesis and selection, she says.

The researchers have partnered with a Belgian brewery to evaluate their experimental strains with several batches of beer, with hopes of clearing the highest hurdle of all: The taste test.