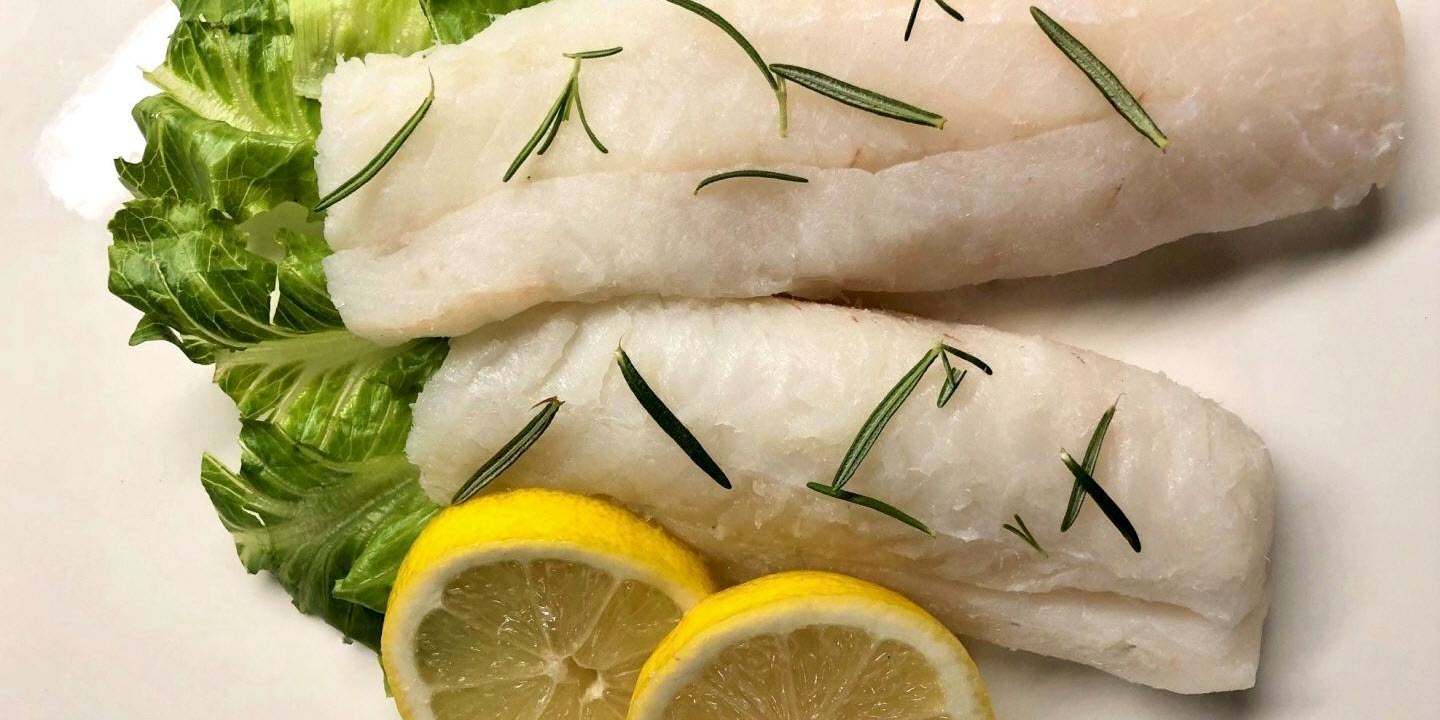 A meal featuring white fish, which someday may be made from the cells of fish.
William Hallman, Rutgers University-New Brunswick

Companies seeking to commercialize seafood products made from the cells of fish or shellfish should use the term "cell-based" on product labels, according to a Rutgers study—the first of its kind—in the Journal of Food Science.

Both the US Food and Drug Administration and U.S. Department of Agriculture require food products to have a "common or usual name" on their labels so consumers can make informed choices about what they're purchasing.

The study by William Hallman, a professor who chairs the Department of Human Ecology in the School of Environmental and Biological Sciences at Rutgers University-New Brunswick, is the first to evaluate what name should be used on labels for seafood products to best meet both regulatory and consumer acceptance criteria.

"The results suggest that 'cell-based' is the best name when it comes to meeting both FDA regulations and likely consumer acceptance of these novel products," Hallman said. "The participants were able to tell that 'cell-based seafood' products were different from 'wild caught' and 'farm raised' products, but viewed them as equally nutritious and were just as interested in tasting and purchasing them."

Demand for seafood continues to increase, but the global supply is vulnerable and cannot keep pace. By producing just the parts of fish that people eat rather than catching or raising them whole, cell-based seafood products are expected to offer a healthy, sustainable alternative that will look, cook, and taste the same as conventional seafood. They will also have the same nutritional qualities and health benefits as farmed and wild caught seafood, but will be free of mercury, microplastics, and other environmental contaminants.

Under FDA regulations, a common or usual name must clearly distinguish a new product type from those with which consumers are already familiar. For cell-based seafood, this means choosing a name that signals to consumers that the product is different from wild caught and farm raised seafood. Because the products will also have the same proteins as conventional fish and shellfish, the name chosen also needs to signal that people allergic to seafood shouldn't eat the product.

The study also stipulated that the name be seen by consumers as an appropriate term to identify the product and that it not disparage either cell-based or conventional products, which excluded testing terms such as "lab-grown," "synthetic," "slaughter-free," and "cruelty-free."

The study found that terms with the word "cell" in them, including "cell-based" and "cell-cultured," worked best in helping consumers understand that the products are neither farm raised nor wild caught.

The names "cell-based" and "cell-cultured" were not significantly different on most key measures, making "cell-cultured" also a potentially viable name. Consumers viewed both as appropriate to identify the product and they did equally well at signaling that people allergic to seafood shouldn't eat the products.

However, products labeled "cell-based" were seen by participants as equally desirable as "wild caught" and "farm raised" seafood products, while those labeled "cell-cultured" were not, suggesting that "cell-based seafood" is the better common or usual name to appear on products.

The study was supported by BlueNalu, a San Diego company led by Lou Cooperhouse, former director of Rutgers Food Innovation Center. Hallman has served as director of Rutgers Food Policy Institute and chaired the FDA's Risk Communication Advisory Committee. He serves on the Standing Committee on Advancing Science Communication of the National Academies of Sciences, Engineering, and Medicine.