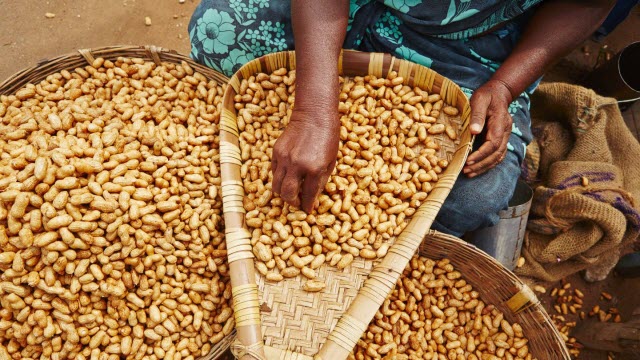 ST. LOUIS, MO, Nov. 1, 2017 - Scientists at the Donald Danforth Plant Science Center, in St. Louis, MO and their collaborators at the International Crops Research Institute for the Semi-Arid Tropics (ICRISAT) in Hyderabad, India, United States Department of Agriculture (USDA), and Louisiana State University have made a significant research breakthrough by suppressing the aflatoxin-producing fungus in groundnut. The discovery has the potential to drastically improve food safety and reduce losses caused by the contamination from the poisonous carcinogen, aflatoxin. The discovery was recently published in the Plant Biotechnology Journal.

Aflatoxins pose a major risk to human and animal health worldwide and result in an enormous amount of food waste. The molds, Aspergillus flavus and Aspergillus parasiticus, which infect groundnut, maize, cottonseed, and chili, produce these toxins which suppress the immune system, hinder growth in children, and even cause liver cancer. The fungus which produces these toxins can stay dormant in soil for years. It infects maize and groundnut during drought and heat stress. Contamination also happens when grain is stored in hot, humid and poorly-ventilated conditions. Since aflatoxins are potent carcinogens, the United States does not allow the sale and export of food with aflatoxin levels exceeding 20 parts per billion (ppb). European Union standards are more stringent; the bar is 2 ppb. 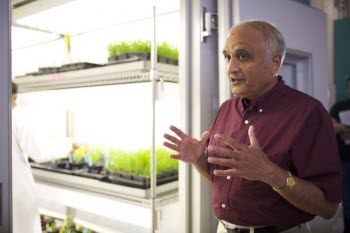 World peanut production totals about 29 million metric tons per year. The U.S. is the world's third largest producer, after China and India. Peanuts are the 12th most valuable cash crop grown in the U.S. with a farm value of over one billion U.S. dollars. American consumers eat more than 6 pounds or 2.7 kilograms (kernel basis) of peanut products each year, worth more than $2 billion at the retail level. Worldwide peanut exports are about 1.25 million metric tons annually.

Two complementary approaches are being deployed to address the issue. Shah and his team transferred small proteins called defensins from alfalfa and the Mediterranean clover to the DNA of an Aspergillus-susceptible peanut variety widely grown in Africa and India which allowed the groundnut to stop the fungus from infecting the plant. ICRISAT scientists worked with collaborators at the USDA and Louisiana State University to transfer small RNA molecules from the Aspergillus fungus that are involved in the aflatoxin synthetic pathway. The nuts produced these RNA molecules during fungal attacks and inactivated target genes responsible for aflatoxin synthesis. The technology is also translatable to maize and de-oiled cakes used for animal feed, pistachios, and almonds.

QuEChERS Solutions in All Your Favorite Flavors

QuEChERS Solutions in All Your Favorite Flavors

The Science of Food Safety

The Science of Food Safety